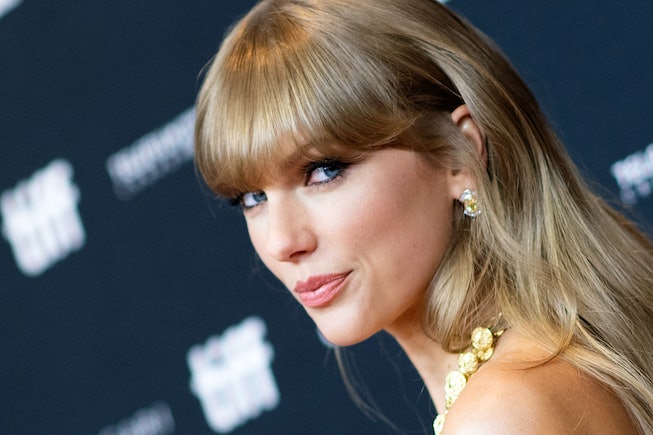 Taylor Swift’s Midnights is just around the corner, which means now is the perfect time to start emotionally preparing yourself for what’s sure to be another monumental release. Part of that might be revisiting the singer’s extensive back catalog, and the pop star just made this endeavor a little bit easier. Announced on Oct. 14, Swift partnered up with Apple Music to release three exclusive playlists which neatly categorize her music into three distinct moods: “Fountain Pen” songs, “Quill Pen” songs, and “Glitter Gel Pen” songs.

While these playlist names may seem random, they actually stem from real-life labels Swift uses to organize her songs. In a recent speech Swift gave at the September 2022 Nashville Songwriter awards, she revealed that she uses the pen system as part of a “dorky” categorization strategy to help her make sense of everything she’s written over the years.

“Most of my lyrics are Fountain Pen lyrics,” she said in a press release to Apple Music, elaborating on the system. “They’re modern personal stories, written like poetry, about those moments you remember all too well where you can see, hear, and feel everything in screaming detail. Glitter Gel Pen songs have lyrics that make you want to dance, sing and toss glitter around the room. They remind you not to take yourself too seriously, which is something we all need to hear these days. Quill Pen songs are songs with lyrics that make you feel all old fashioned, like you’re a 19th century poet crafting your next sonnet by candlelight."

A voice memo from Swift explaining the kind of songs you’re about to hear also opens each of the playlists.

The star is currently gearing up to release her tenth studio album, Midnights, which she’s described as an album pulling from all of her previous eras. As we wait for that to drop on Oct. 21, find out which type of Swift songs you are by streaming her three playlists via Apple Music below.