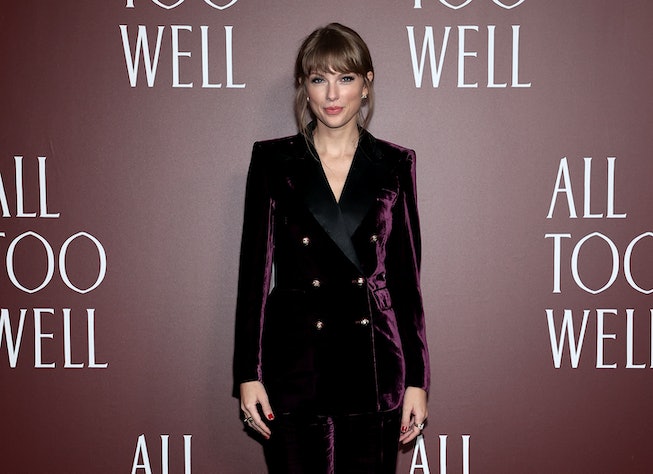 Since the release of 2020’s Folklore, Taylor Swift has increasingly been writing songs from the perspective of entirely fictional characters, turning her confessional-style lens on lyrics about other people, rather than herself.

Now, she’s released a haunting balled titled “Carolina,” written from the point of view of the main character in the upcoming adaptation of Where The Crawdads Sing. The character, Kya, is played by Daisy Edgar Jones, and like in the 2018 Delia Owens novel the film is based on, is abandoned before learning to survive on her own in the unwelcoming North Carolina marshlands.

“About a year & half ago I wrote a song about the story of a girl who always lived on the outside, looking in. Figuratively & literally. The juxtaposition of her loneliness & independence. Her curiosity & fear all tangled up. Her persisting gentleness & the world’s betrayal of it,” she wrote.

Swift continued, saying she wrote the song alone in the middle of the night, before she and frequent collaborator Aaron Dessner “meticulously worked on a sound that we felt would be authentic to the moment when this story takes place.”

The lyrics of the song personify North Carolina itself, sung about as if the place were a close lover or friend. “Oh, Carolina creeks running through my veins / Lost I was born, lonesome I came / Lonesome I’ll always stay / Carolina knows why, for years, I roam / Free as these birds, light as whispers / Carolina knows.”

The chorus hints at the mystery of the murder that takes place in the second half of the book, as Swift sings: “Into the mist, into the clouds / Don't leave / I make a fist, I'll make it count / And there are places I will never, ever go / And things that only Carolina will ever know.”

Listen to “Carolina” below:

Where The Crawdads Sing hits theaters nationally on July 15th.

NEXT UP
Entertainment
On "Flowers," Miley Cyrus Is Still In The Throes Of Moving On
Entertainment
Gracie Abrams & Gia Coppola On The Joy Of Free-Flowing Collaboration
Entertainment
Bad Bunny, Lizzo, Kim Petras Will Perform At The 2023 Grammys
Entertainment
Brendon Urie Officially Disbands Panic! At The Disco
Style + Culture, delivered straight to your inbox.