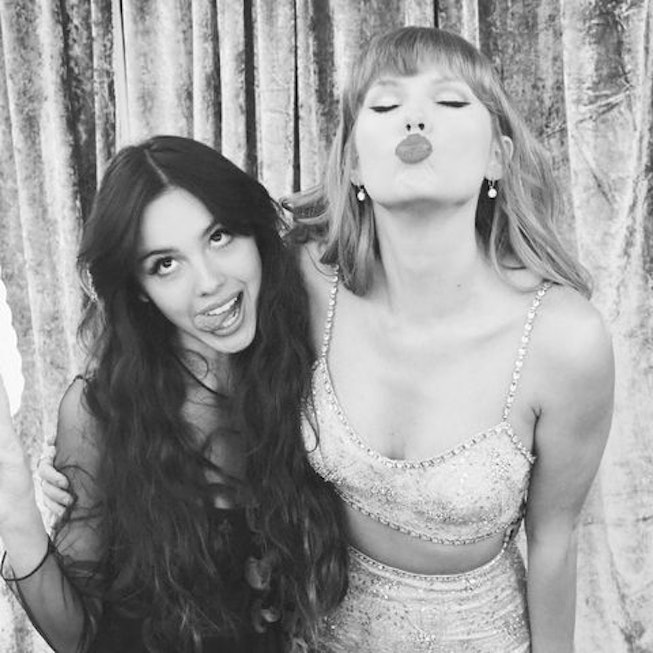 Olivia Rodrigo’s debut album, Sour, drops May 21st (this Friday), and fans are already devouring the tracklist. One song in particular, titled “One Step Forward, Three Steps Back,” sparked a frenzy when fans spotted a credit for Taylor Swift and super-producer Jack Antonoff. Fans initially suspected that the trio had worked together, but, as it turns out, they did not collaborate at all.

“One Step Forward, Three Steps Back” includes the melody from Swift's stripped-down Lover track, “New Years Day.” But instead of sampling the melody, Rodrigo interpolated it, meaning she re-recorded it herself. This method of songwriting allows artists to pay tribute to other’s music without dealing with licensing fees. And according to Variety, Swift and Antonoff gave Rodrigo their blessing to use the sound.

The musical nod comes at no surprise, as Rodrigo is a self-declared Swiftie. In an interview with MTV News, Rodrigo said, “Obviously I think she’s the best songwriter of all time, but she’s so business-savvy and she really cares about her career in that regard too — that’s been really inspiring for me to watch somebody take control of her career life like that.” Swift similarly expressed her affection, referring to Rodrigo as “her baby” on Instagram and sent a handwritten note congratulating the pop-sensation on her success.

Perhaps this interlope is the preface for a true collaboration down the line!