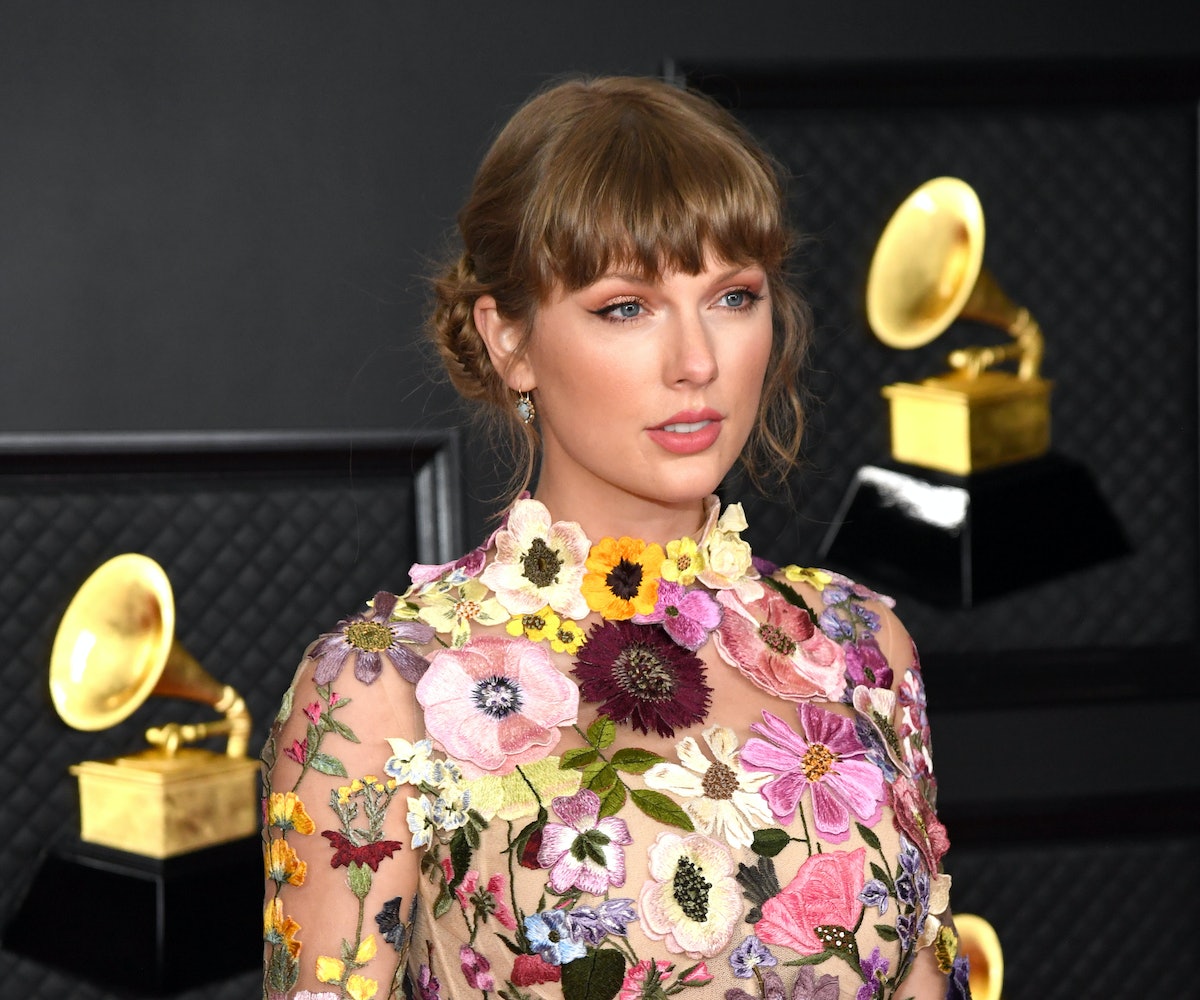 Swifties, rejoice; post-Grammys win, it looks like Taylor Swift isn’t slowing down on releasing new music. Back in February, the pop star revealed that she would begin rolling out her re-recorded version of her sophomore album Fearless, and kicked it off by sharing her brand new version of “Love Story.” Now, Swift has announced that she will be sharing another track from the project — this time, a previously unreleased song “from the vault,” she wrote on Instagram. “You All Over Me” will arrive on streaming platforms on Thursday at midnight, and include background vocals from country-pop star Maren Morris. The track will, again, feature production by her Folklore and Evermore collaborator Aaron Dessner.

“One thing I’ve been loving about these From The Vault songs is that they’ve never been heard, so I can experiment, play, and even include some of my favorite artists,” Swift wrote of the song on IG. “I’m really excited to have @marenmorris singing background vocals on this song!! ☔️ Produced by Aaron Dessner and co-written by Scooter Carusoe - can’t wait for you to hear it[.]”

While it’s still unclear when Fearless (Taylor’s Version) will be released in full [thought Swift conspiracy theorists are speculating April 9th], the singer has detailed that the new version will have 26 songs, with six of them being previously unheard songs from her vault.

The album arrives in the midst of Swift’s ongoing battle to buy back her masters from its new owners, an investment fund called Shamrock Holdings, after Scooter Braun sold her masters to them in November 2020 for “north of $300 million,” Variety reported at the time. In Swift’s last statement about the purchase, she stated in no few words that she did not consent to the sale, and that she would not be working with Shamrock Holdings to manage her masters. “I will be going forward with my original re-recording schedule and will be embarking on that effort soon,” she wrote.

It all leaves a bitter taste in one’s mouth, even as the results of her massive endeavor are soon coming to fruition. Nevertheless, the silver lining to it all — watching Swift reinterpret her classics from an older, and mature perspective — will still be undeniably exciting.