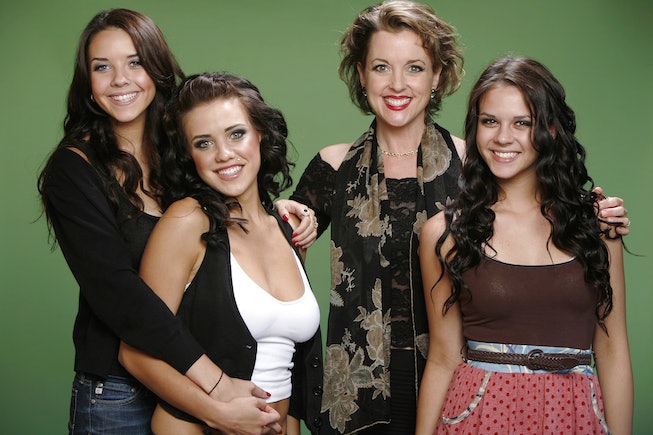 There’s a group of people in this world who say the pandemic and its quarantine is a time to work on a skill or finish a creative project. Those people, ultimately, are wrong. The quarantine is a time to stay healthy, yearn for the chance to eat at a restaurant, and watch television. If you insist on being “productive” in the midst of a pandemic, be productive by watching multiple reality shows tragically cut short at one season. From relics of the early aughts to more contemporary explorations of drama, the one season reality show is at its core longitudinal study of being asinine. It’s also the breeziest way to pass some time and get in some hearty laughs at the expense of others from a bygone era. Read our go-to picks below.

Watching NYC Prep as a teenager was a deeply formative experience for those who watched it air in real time. Even then, we knew that each episode was a beautiful hour of television and straight up singular in its derangement. Released in 2009 as the real life counterpart to Gossip Girl, the show followed around six Manhattan teenagers — Peter Cary "PC" Peterson, Jessie Leavitt, Kelli Tomashoff, Sebastian Oppenheim, Camille Hughes and Taylor DiGiovanni — as they navigated crushes, hosting charity events, and living relatively unsupervised lives with access to major money.

NYC Prep is peppered with perfect bratty, delusional moments; there’s PC saying that Taylor is his social experiment solely because she attends public school, and Jessie organizing an Operation Smile charity event with the rigor of a bulldog presidential campaign manager. It’s an early artifact of reality television, one that essentially got shut down after its premiere season when the prestigious private schools the cast attended forbade further student involvement. Bravo recently re-aired the season and reminded us that what unites us is simple: making fun of rich teens running around the city acting like 40 year olds.

Pretty Wild was originally meant to document the rise of wannabe Hollywood socialites Alexis Neiers, her sister Gabby Neiers, and their friend Tess Taylor, but the show took a turn for the chaotic when Alexis was arrested for her involvement in what would become known as the “Bling Ring.” The group of teenagers and young adults had been caught burglarizing the homes of Hollywood’s elite, and Pretty Wild pivoted to covering Alexis’ high-profile trial.

The single season brought a lot of Adderall-fueled insanity to the screen, and also boasts Alexis’ now famous and hysterical series of voicemails to then Vanity Fair journalist Nancy Jo Sales. There’s a direct line from “Hello, Nancy Jo, this is Alexis Neiers calling...” to Emma Watson saying “I wanna rob” in Sofia Coppola’s Bling Ring, and we should be thankful for it.

The concept of the wealthy being followed by a camera crew has been perfected by The Real Housewives franchise and the Kardashian-Jenner matriarchy, but it was pioneered in part by the sleeper hit Rich Girls. The MTV show centered itself around Ally Hilfiger (yes, Tommy Hilfiger’s daughter), her best friend Jamie Gleicher, and their lives as very privileged NYC teens. It was one of the earlier forays into reality television back in 2003 and had a slightly more earnest approach to its subjects with more earnestness than contemporary shows. Hilfiger and Gleicher aren’t shown through a villainous lens; they’re mostly just clueless, and definitely helpless despite the ease of their existence.

Rich Girls aired in a world before social media, meaning that Hilfiger and Gleicher’s asinine statements didn’t haunt them as online specters. “I’m just, like, really, really, grateful that my parents are able to provide us with the safety of having a private plane,” says Hilfiger in one episode, referring to her discomfort at taking off her shoes at airport security. Gleicher is not too far off in her personal ideology. “People buy cargo pants in the midwest not to say, ‘Oh, I could wear these with stilettos and a sexy top.’” she explains at one point as if it’s the most profound thought she’s ever had. “They buy them because they have a lot of pockets because they work in fields and need them.” What a beautiful time capsule, indeed.

If the first rule of real estate is location, the second rule is being hot, At least, according to Selling Sunset. The Netflix reality show circles the elite real estate agents of Los Angeles-based firm The Oppenheim Group, who all just happen to be stereotypical L.A. Barbies with toned bodies and alarming plump faces. Led by twins Brett and Jason Oppenheim, the agents battle it out over multi-million dollar properties and affluent clients, which naturally makes for some vicious and catty drama. Comedian Patrick Regan famously says that he wants to get “Eiffel Towered” by the twins on Selling Sunset, and if that’s not enough to pique your interest, maybe the thought of vicariously living through luxury real estate will do the trick.

Ed note: 'Selling Sunset' has been renewed for a second season premiering May 22, 2020 on Netflix, Deadline reports.

NEXT UP
Culture
6 Shows To Binge Once You've Finished 'The White Lotus'
Culture
Phoebe Dynevor Will Not Return for Bridgerton Season 3
Culture
Succession Season 4 Trailer Explodes With Family Drama
A Night Out
A Night Out With Rachel Bilson
Style + Culture, delivered straight to your inbox.