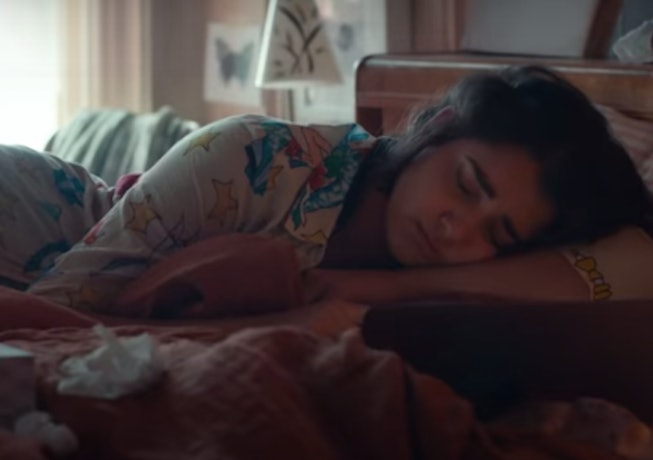 With the recent news that AMC would start reopening its movie theaters to the public starting July 15th (with the goal to have every location reopened by July 24th) — and yes, all attendees will be required to wear masks — it's time that we all start settling back into a world dominated by new trailers. With three months of no high-profile movie releases, it's no surprise that studios are anxious to get their slates back in order. One of the first new films that will be hitting theaters soon after they reopen is The Broken Hearts Gallery, a romantic comedy that received its first heartwarming trailer today.

Executive produced by Selena Gomez, The Broken Hearts Gallery is described as following "Lucy, a 20-something art gallery assistant living in New York City, who also happens to be an emotional hoarder. After she gets dumped by her latest boyfriend, Lucy is inspired to create The Broken Heart Gallery, a pop-up space for the items love has left behind. Word of the gallery spreads, encouraging a movement and a fresh start for all the romantics out there, including Lucy herself."

The film was written and directed Natalie Krinsky, a first-time filmmaker who said, “I am beyond thrilled Sony has defined our relationship by bringing The Broken Hearts Gallery into the world. Getting a film made — especially your first — is like finding a soulmate: years of heartbreak and (maybe) ultimate triumph. In this moment of distance it feels good to fall in love. I can’t wait for audiences to (safely) see it in theaters.”

Charming and bawdy, the film stars Geraldine Viswanathan (a scene-stealer in Blockers and in this year's Bad Education) as Lucy, while her love interest, Nick, is played by Australian actor Dacre Montgomery, who became a teen heartthrob sensation a few years ago thanks to his role in Stranger Things, where he thankfully spent most of his time onscreen sans shirt.

As for the decision to release it in a movie theater during a time many people are still (rightfully) fearful of gathering indoors in large groups, the powers that be behind-the-scenes seem hopeful. In a statement, Selena Gomez told Deadline, “Hearing from more female writers and directors is very much needed. Natalie is a wonderful talent, and I am happy to be a part of her debut film. I understand people’s concerns regarding returning to activities we all loved prior to COVID-19. I hope everyone will listen to scientists’ recommendations and consider others’ health and safety while enjoying the movie theater experience.”

Sony Motion Picture Group President Josh Greenstein echoed Gomez's statements, saying, “Now more than ever, The Broken Hearts Gallery will resonate with audiences ready for a feel-good moviegoing experience this summer. We have faith in a theatrical rebound, and we look forward to being there right out of the gate with our exhibition partners’ anticipated reemergence, as — and when — state-by-state safety guidelines are met.”

Check out the trailer below. The Broken Hearts Gallery hits movie theaters on July 17th.