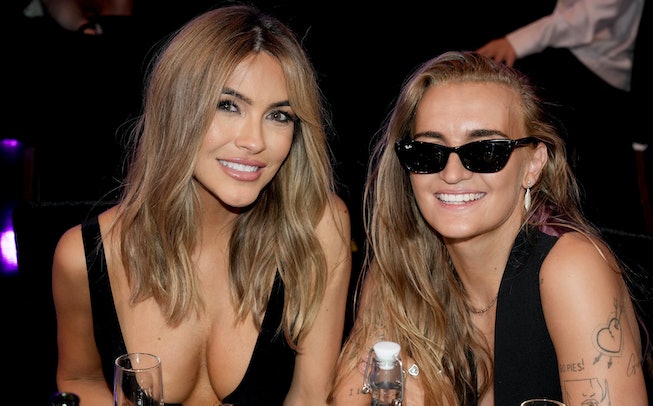 Television’s favorite queer drama is back for Season 3. The L Word: Generation Q, is currently in production, and the season is stacked with celebrity cameos and intense plotlines.

The L Word: Generation Q first aired in 2019, and is set ten years after the end of the groundbreaking original series by the same name (minus ‘Generation Q’). Season 2 of the series ended with many cliffhangers, and Season 3 will pick up where we left off. Gigi Ghorbani (Sepideh Moafii) and Dani Nuñez (Arienne Mandi) were working on their relationship before Dani was arrested, and Bette Porter (Jennifer Beals) was caught between her ex, Tina Kennard (Laurel Holloman), and current girlfriend Pippa Pascal (Vanessa Estelle Williams). Tess Van De Berg (Jamie Clayton) and Shane McCutcheon (Katherine Moennig) were also at a romantic impasse.

Here’s everything we know about Season 3 of The L Word: Generation Q so far:

Season 3 of Generation Q will return soon, with the first episode premiering Friday, November 18th on Showtime. The 10-episode season will air weekly and stream on the Showtime app.

In addition to the aforementioned returning cast members, there are several guest stars announced to appear this season. R&B icon Kehlani will play makeup artist and young mom Ivy who has been struggling to find the right partner.

Margaret Cho, who most recently starred in Fire Island with Joel Kim Booster and Bowen Yang, will play herself as a talk show host. Chasing Amy star Joey Lauren Adams will play Taylor, “a salt-of-the-earth, self-deprecating barista with a secret passion,” and Hollywood veteran Joanna Cassidy will play Patty, Tess’ mother and a former Las Vegas showgirl current suffering from MS and dementia.

And on Wednesday, October 13th, Selling Sunset’s Chrishell Stause shared a video from The L Word set with partner G Flip, writing in the caption: “Thank you @sho_thelword for letting me & @gflip play today 😆👏 Season 3 drops Nov 18th🌈The best time with the most amazing cast! #cameo#thelword#season3”

The L Word: Generation Q Season 3 plot will be filled with twists and turns.

As always, this season will bring the drama. Season 3 will pick up from the cliffhangers Season 2 ended on, and with all the new characters and cameos, we can only imagine what other kinds of dilemmas our cast will see. But a teaser from the show’s social media accounts gives a clue, with lines like: “I wanna watch you f*ck my ex/our ex/your clone,” “I wanna f u on my livestream,” and “Someone gets married?” You’ll have to tune in to see what goes down.