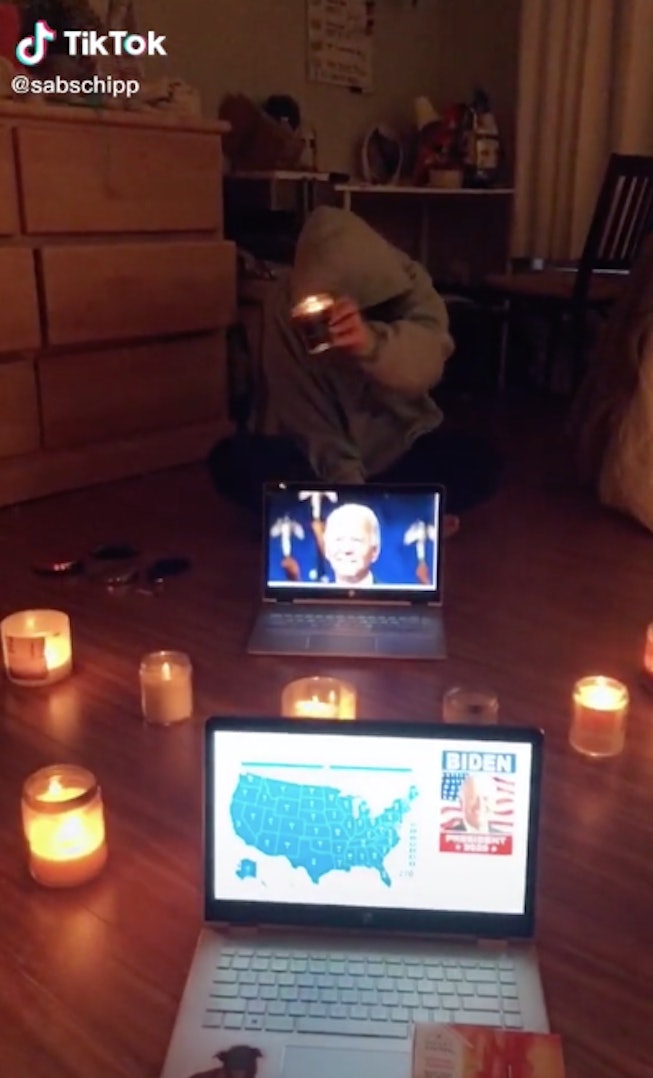 The witches of TikTok are a prolific bunch. No strangers to the powers of manifestation, they're harnessing their collective energy for political purposes, namely to bring democratic victories to the 2020 election and a Joe Biden presidential win to the White House.

Starting on Halloween through the final night before the election, the TikTok witches performed a “Blue Wave” spell that allegedly helps to “wash away the corruption and injustice and wickedness of Donald Trump and the Republican Party in a peaceful transition of power,” per a Medium post regarding the ritual.

The anticipation for the final election results is so intense that the manifesting has essentially transformed itself into a TikTok meme. Some TikTok witches are using TikTok creator Johny Mercury's "Power of Three" audio to manifest a Biden win, while others are lighting candles and setting up their crystals around all-blue maps of the United States to do the trick.

According to the Medium post, those interested “don’t need to be a witch, a Wiccan, or a magic practitioner” to partake in any manifesting rituals, but considering the backlash that came when some TikTok Baby Witches tried to use magic to hex the moon, maybe it's best to proceed with caution.