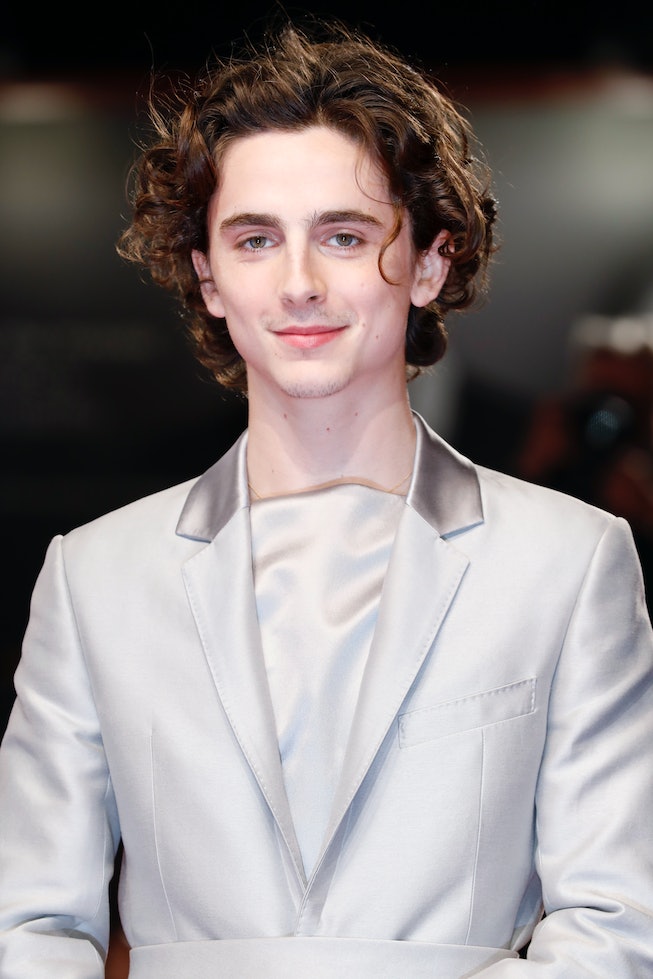 There's an unofficial rule about Hollywood heartthrobs, and it's that they never stay single for too long. Timothée Chalamet, of course, can only be categorized as such. The actor only recently confirmed his single status in the May issue of British Vogue, only to turn about and be photographed canoodling with Mexican actress Eiza González in a post-lockdown romp in Mexico. Time is of the essence!

Neither actor has confirmed that the relationship is official, but the photos of the two on vacation in Cabo San Lucas have all the classic markings of a couple in the early days of dating: stolen kisses, holding hands, petting hair, and even an acoustic guitar serenade courtesy of Chalamet.

Chalamet and González may have potentially met at the Vanity Fair Oscars party earlier this year in the pre-pandemic world. Not to dabble in celebrity fan-fiction, but maybe they hit it off, began talking more during lockdown, and are now testing the waters before diving into a relationship? Are celebrities really just like us, but with millions of more dollars?

Prior to his tryst with González in Mexico, Chalamet dated actress and The King co-star Lily-Rose Depp. The two dated for approximately one year, and occasionally had passionate make out sessions on yachts.