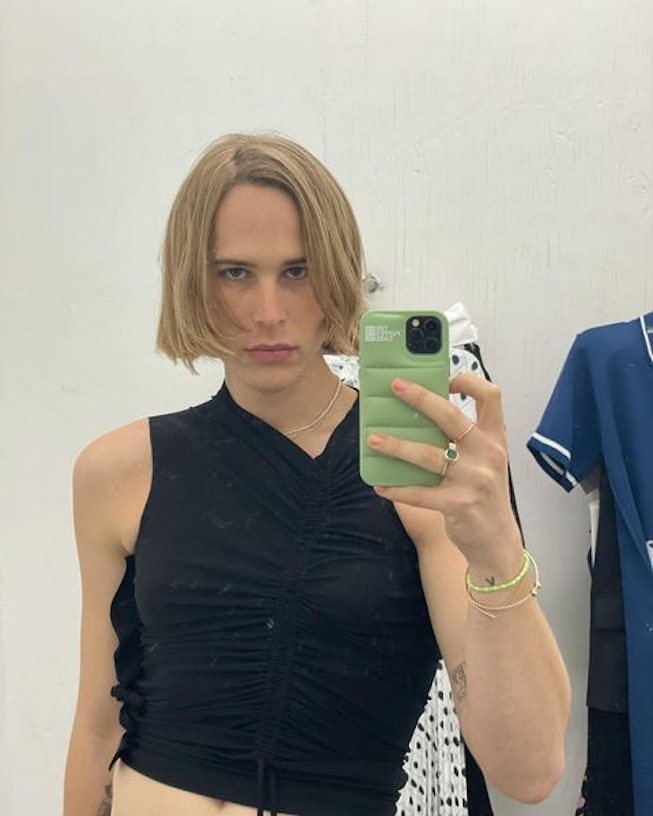 Tommy Dorfman, 13 Reasons Why actor and burgeoning director, has publicly come out as trans, through an interview with Time Magazine. The talented actor — who you may remember as poet Ryan Shaver on teen soap 13 Reasons Why — revealed that she’s been living privately as a woman for a year now.

“It’s funny to think about coming out, because I haven’t gone anywhere,” she told the interviewer, Detransition, Baby author Torrey Peters. “I view today as a reintroduction to me as a woman, having made a transition medically. Coming out is always viewed as this grand reveal, but I was never not out.” She went on to explain that the public statement is more of a clarification of her identity. “I am a trans woman,” she said. “My pronouns are she/her. My name is Tommy.”

Dorfman also recently shared the news with her followers on Instagram. She posted a photo from the Time photoshoot, thanking the publication for their coverage and support. The caption reads, “I’m especially grateful to every single trans person who walked this path, broke down barriers, and risked their lives to live authentically and radically as themselves before me. Thank you to all the trans women that showed me who I am, how to live, celebrate myself, and take up space in this world.”

Though Dorfman spent the last year living quietly, she didn’t slow down creatively. The actor landed her first role playing a woman in Lena Dunham’s upcoming film Sharp Stick, and told Peters that it was an “exciting” and “validating” experience.

We’ll also see her starring in the limited, Channel 4, series Fracture. And — because she’s a woman of many talents — Dorfman’s set to make her directorial debut for I Wish You All The Best, a film adaption of Mason Deaver’s heartfelt, queer, coming of age novel.

The queer community has been extremely supportive of Dorfman. Her instagram post is flooded with words of encouragement from fans and celebrities alike. Most recently Allen Ramos — the head of talent at GLAAD, an LGBTQ+ media monitoring organization - expressed his support in a press statement.

“Tommy Dorfman sharing that she’s a transgender woman will inspire so many trans young people and also reminds us that when it comes to queer identity there is not a specific timeline or roadmap to follow,” he wrote.

During the interview Dorfman explained that she is not changing her name, as some people do when they transition, because she’s named after a beloved uncle. And rather than coming out as someone “new,” Dorfman’s simply “aligning my body with my soul.”