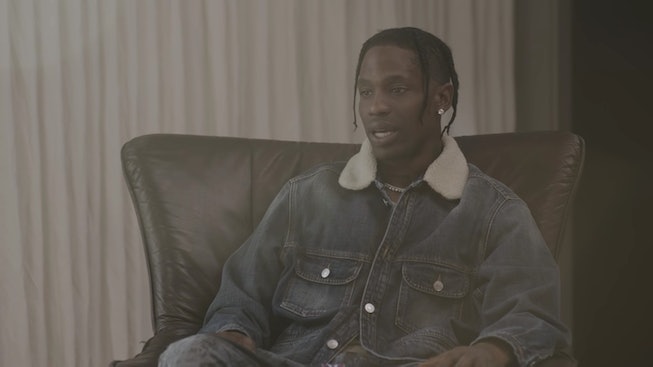 Nearly a month after 10 people died from a crowd surge at Travis Scott’s Astroworld festival, the rapper has publicly addressed the tragedy in his first interview since the Houston “mass casualty” event. The rapper sat down with Charlemagne Tha God in a 50-minute in-person interview uploaded on Thursday morning, where he maintained that didn’t know the full extent of what happened until after the event was over.

“It wasn’t really until minutes til the press conference I figured out exactly what happened,” Scott told Charlamagne. “Even after the show, you’re just kinda hearing things, which I didn’t know the exact details until minutes before the press conference. And even at that moment, you’re kinda just like, ‘Wait, what?’ You just went through something and it’s like, ‘What?’”

Since the November 6 tragedy — which claimed the lives of 10 concert-goers including 9-year-old Ezra Blount and 22-year-old Bharti Shahani — Scott has largely been communicating through his lawyers, aside from an early video posted to his social media with his initial statement around the tragedy. The rapper — alongside concert promoter Live Nation, Apple, and even guest performer Drake — is now facing a slew of lawsuits filed against him, with some of the largest demanding billions of dollars in damages.

Speaking to Charlamagne in the interview, Scott described the past month as an “emotional rollercoaster.” “It’s just been a lot of thoughts, and a lot of feelings about grieving. And just trying to wrap my head around it.”

As to why he’s deciding to have this interview now Scott said there’s “no intention” behind it, but that “I needed a way to just communicate.”

Among the footage that has surfaced from that night of the festival are video clips of Scott seemingly continuing to perform as fans from the audience yell at him to stop, because people were dying. When Charlamagne asked if Scott heard people in the crowd screaming for help or for him to stop, Scott said he didn’t. “It’s so crazy because I’m that artist too, man, like anytime you hear something like that you wanna stop the show,” he said. “You wanna make sure fans get the proper attention they need. And anytime I could see anything like that, I did.”

Trying to explain why the show went on for 40 minutes after the Houston Police Department had officially declared it a “mass casualty event,” Scott said that he was only told to end the show after the guest — who was Drake — left the stage. “And that’s what we did,” he said. “But there wasn’t any communication on why, that’s just what came through my ears.”

Scott denied raging or rage culture played a part in the direction of the night, and denied claims that his music promotes raging. “As far as the energy, it didn’t feel like people didn’t just show up there to be harmful. People I think just showed up to have a good time and then something unfortunate happened, and I think we really gotta figure out, you know, what that was.”

In the days following the tragedy, increased scrutiny also befell Scott’s music and the festival’s marketing messages, which led some conspiracy theorists online to claim the festival was actually a satanic ritual organized by Scott. The rapper denied the theories, as well as his music having any sort of satanic connection. “One, I’m a man of God,” he said. “I always preach love, I always preach understanding. I always preach, take care of your loved ones, love each other [...] What happened here wasn’t off Travis Scott’s music.”

As for the amount of responsibility he believes he bears for the events that transpired, Scott emphasized that, though Astroworld was his event, “as an artist you just do the creative. And for this to be my festival, I gotta bring artists, creatively produce it, and we just trusting the professionals are the people taking care of, you know, leaving safely. I control what I can on the stage and you have the professionals control what they can in the crowd.”

Scott also confirmed that he’s spoken directly with some of the victims’ families since the event, though declined to elaborate on the nature of the conversations. Though several families have rejected his offer to pay for their funeral expenses, Scott said he understood: “All things are understandable. At a time they’re grieving, they’re trying to find understanding, and you know, they want answers. And it’s not about that. I’m always gonna be here to help them. I gotta continue to just show up for that. I just wanted to make sure they knew I was there for them, and continue to be there for them.”

Get the latest details about the Astroworld tragedy here.