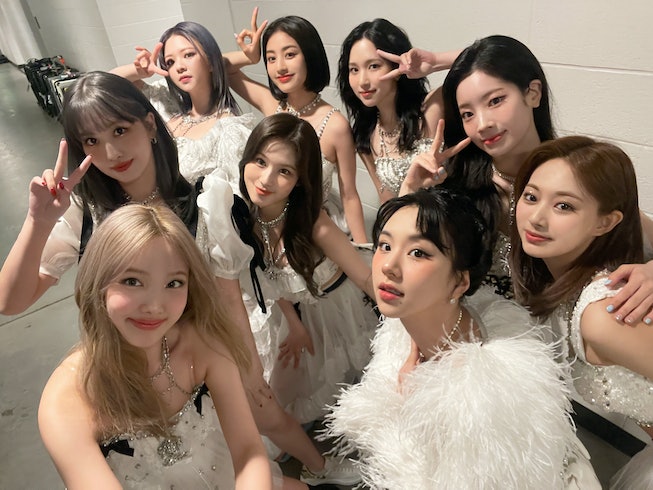 This past weekend, Twice closed out their 4th World Tour III with two explosive sold-out performances at the Los Angeles Banc of California Stadium. It was a milestone feat for the nine-member girl group, with the two nights marking their first-ever stadium shows on this side of the world. When the show kicked off at 7:30 p.m. on the dot on Sunday, the rare super flower blood moon also took over the sky, visible from the open-air venue and adding another layer of mystique to the night’s performance. “I feel like I’m in a drama,” member Chaeyoung remarked to Once, their fans, while onstage. Dramatically decked out in all white, the members expertly danced, sang, and joked their way through the 32-song setlist, no doubt relishing their time on one of the largest stages they’ve played so far in the U.S.

But before that, the girls had their work cut out for them as they familiarized themselves with the massive venue and stage with an intimate soundcheck performance, during which they performed a few songs for eager fans in casual sweats and their own merch. Below, go behind-the-scenes with the group as they prepared for the show with exclusive backstage photos from soundcheck and glam to the moments right before they went on stage.