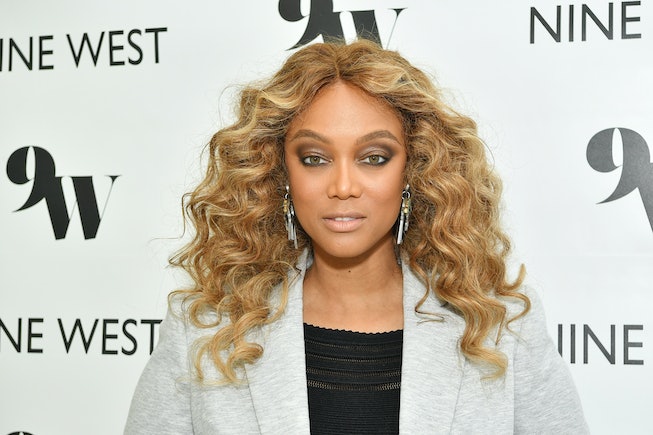 Who says bad behavior can’t be rewarded? As new reports continue to come out about all the things that went wrong both on and off-screen on America’s Next Top Model, the woman whose career launched the show, Tyra Banks, has just been announced as the executive producer for a different reality series — this one, about teenage drag performers and their families.

Titled Generation Drag, the upcoming series “follows five teens and their families as they anticipate their biggest drag performance at Dragutante, a drag show designed as a platform for LGBTQ+ teens to express themselves,” according to Deadline. The show will follow its central quintet as they prepare for and head to the main event in Denver, Colorado, and will also feature footage taken at the event itself. All six episodes of the series will premiere together on the Discovery+ streaming platform starting on June 1st, the first day of Pride Month.

But don’t worry. If the prospect of Tyra Banks terrorizing a helpless group of queer teens in the same way she terrorized the helpless contestants on ANTM gave you an initial fright, I’m here to tell you that you have no reason to fear. The supermodel, who is currently very busy serving as the host for Dancing with the Stars, is not likely to appear in the series itself.

“I have such admiration and respect for these teens. They are bravely navigating coming into their own in a world that can be very challenging and not always accepting. What is so beautiful is seeing their parents and siblings supporting them,” Banks recently shared about the project. “These teens’ laser-focused tenacity inspired my team and me and we are honored to share their stories. I can’t wait for these popping personalities to show their fierceness to the world.”

These “popping personalities” include Jameson, Noah, Vinny, Bailey, and Nabela. “[They] may only be in their teens, yet they are well beyond their years in being true to themselves and recognizing the importance of living authentically,” says Howard Lee, the President of TLC Streaming and Network Originals, about these Gen-Z cast members. Describing Generation Drag as a “heartfelt and joyous coming of age series,” Lee praised the new show for “celebrating a group of amazingly talented teens who put their creativity, passion, and talent on center stage.” As he says, “Their story is an inspiration to express yourself at any age.”

Generation Drag will premiere on Discovery+ on June 1.