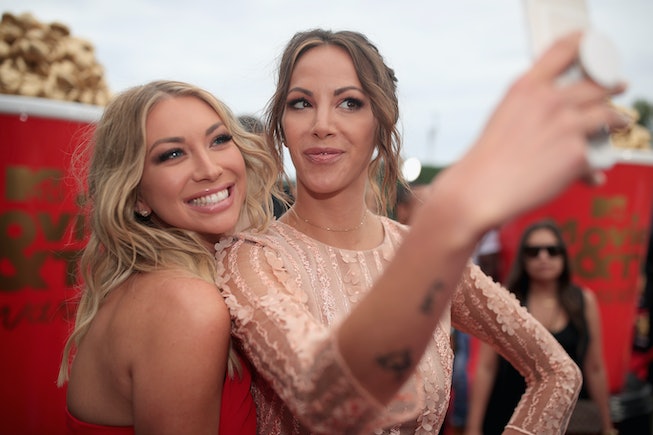 The reckoning against racism in television, film, and media has hit Lisa Vanderpump's Sexy Unique Restaurant. Stassi Schroeder and Kristen Doute, two Vanderpump Rules original cast members, have been fired from the show for racist actions against a former cast member. Schroeder and Doute reported Faith Stowers to the police, saying she was a Black woman wanted for theft; Stowers had nothing to do with the crime.

“There was this article on Daily Mail where there was an African American lady,” Stowers explained during an Instagram Live chat on June 2. “It was a weird photo, so she looked very light-skinned and had these different, weird tattoos. They showcased her, and I guess this woman was robbing people. And they called the cops and said it was me. This is like, a true story. I heard this from actually Stassi during an interview.”

Schroeder and Doute had both admitted to the incident back in 2018. Schroeder confirmed calling the police during an appearance on the “Bitch Bible” podcast, while Doute tweeted a link to a then-recent article about the woman involved in the alleged crime, posting, “hey tweeties, doesn’t this ex #pumprules thief look familiar? someone put her on mtv & gave her a platform for press. I didn’t wanna go there but I’m going there.”

The two women both apologized for their actions, expressing regret to Stowers and acknowledging the role their privilege played. Schroeder was also dropped by her agency, UTA, and her public relations firm, Metro Public Relations, due to her actions toward Stowers.

While Schroeder and Doute were arguably major players in the Vanderpump universe, Bravo also announced that new cast members Max Boyens and Brett Caprioni, whose past racist tweets were uncovered this year, would also not return.