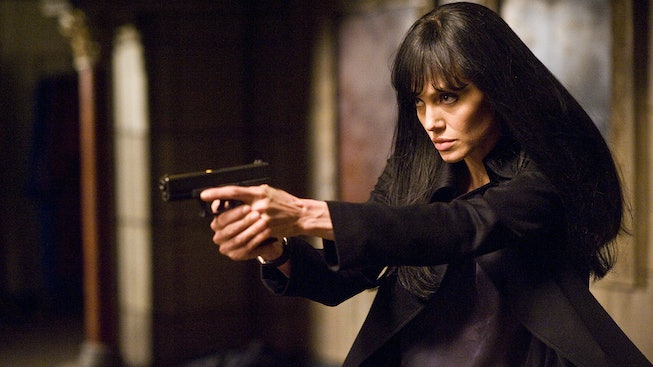 We might still be in the first quarter of 2022, but that hasn’t stopped HBO Max from staking its claim as the leading streaming service of the year. In addition to buzzy titles from HBO proper like Euphoria, The Gilded Age, and the currently-airing Winning Time, HBO Max has also tossed off tons of streaming-only hits, including the raunchy superhero fun of Peacemaker, the hilarious pirating antics of Our Flag Means Death, and the proudly penis-heavy visuals of Minx.

But don’t take this winning streak as a sign that the Warner Bros.-controlled streamer is ready to slow down anytime soon. In April, HBO Max is is taking a victory lap as they unleash a whole new host of exciting new films and TV, including original titles and forgotten classics alike.

Most exciting (for me, at least) is the return of Barry, which has been missing since the secrets-baring conclusion of its second season, all the way back in May 2019. Almost three years later, our favorite comedy about a hitman with acting aspirations is finally back for eight new episodes of murder and drama rehearsal. The world will be a better place with Bill Hader and Henry Winkler’s Emmy-winning performances on our screens every week again.

Barry will be in nice company alongside The Flight Attendant, which returns for its second season a year and a half after Cassie fought her alcohol addiction and tracked down a killer in order to clear her own name. Taking a page out of Joe Goldberg’s book on You, season two of The Flight Attendant finds Cassie leaving the toxicity of New York behind in exchange for the perpetual sunlight of Los Angeles. Does that stop her from finding herself in trouble again? Absolutely not.

Other returning shows include Robin Thede’s hilarious A Black Lady Sketch Show, which is every bit as singular and witty in its third season; the Cristin Milioti tech satire Made for Love, which will only get crazier in its sophomore run; and season three of Close Enough, whose razor-sharp skewering of “adulting” ensures that HBO Max will stay at the top of the adult animation heap for a little while longer.

Meanwhile, stay tuned for new titles like The Baby, an inventive horror freakout that will make you reconsider anything you’ve ever thought about motherhood; Queen Stars, a Brazilian drag queen competition hosted by international superstar Pabllo Vittar; and Tokyo Vice, Michael Mann’s highly-anticipated television adaptation of Jake Adelstein’s book about a journalist’s experience reporting on Japan’s police beat. (West Side Story’s controversial lead Ansel Elgort plays Jake, so take that as you will.)

If you’d prefer to settle down with a familiar movie, though, you’re also in luck — HBO Max has plenty of incoming titles to choose from. Action fans can revisit Salt, the slick CIA thriller that turned me into an Angelina Jolie stan and should have been given a sequel by now. Those looking for something less intense, meanwhile, can check out The Big Chill, the Oscar-nominated dramedy about a group of college friends reuniting in the wake of a tragic suicide.

Or perhaps you want a bit of both? If so, try Six Degrees of Separation, which stars the newly-minted Oscar winner (and disgraced comedian-slapper) Will Smith in what can easily be described as cinema’s original Charming Scammer role. (Anna Delvey could never.) A compelling drama that also knows a thing or two about unbearable tension, the 1993 adaptation of John Guare’s Tony Award-winning play will stick with you long after the credits roll.

Find everything coming to HBO Max this April below.

Czech It Out!, Season 1 Premiere

The Informant (aka A Besugo), Season 1 Premiere

The Thaw (aka Odwilz), Season 1 Premiere

Tony Hawk: Until the Wheels Fall Off, Documentary Premiere

Not So Pretty, Season 1 Premiere

We Own This City, Limited Series Premiere

Made for Love, Season 2 Premiere

The Way Down: God, Greed, And The Cult Of Gwen Shamblin, Season 1 Part B Premiere