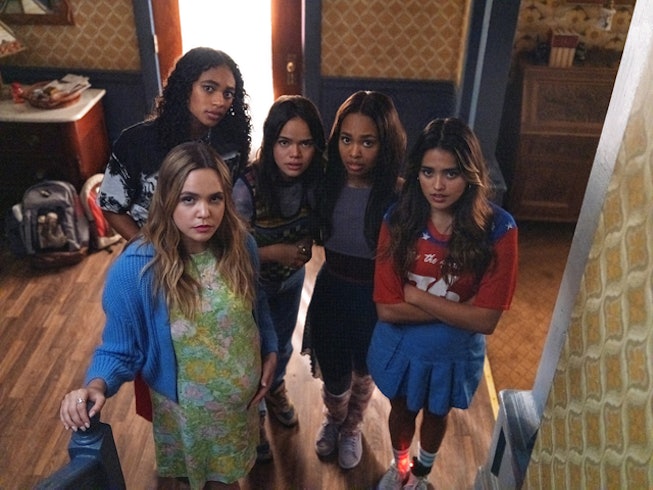 Summer is heating up, which can only mean one thing: more time to watch TV from the comfort of your nice air-conditioned home. Sure, you could always venture outside. You could even take a trip to your local movie theater to see any of the huge blockbusters that are dominating the box office, like the very good Top Gun: Maverick or the very meh Jurassic World Dominion. But come on, be honest with yourself — can anything really compete with a binge sesh on your own couch?

If the latter idea is something that piques your interest and you have a currently active HBO Max subscription, then you’re in luck, because the WarnerMedia-owned streaming service is bringing in quite a few programs to keep you sated throughout the entire month of July. Whether you’re searching for a family-friendly animated film, a trashy reality show with a surprisingly tender (okay, not tender) core, or a hilarious new comedy from the always reliable mind of Issa Rae, HBO Max has you covered. Below, find five recommendations for what to watch next month.

Few animated sitcoms have the staying power of Bob’s Burgers. Sure, Family Guy, South Park, and, of course, The Simpsons have all technically been on air for longer periods of time. But where those shows experienced hiccups during their respective runs, Bob’s Burgers has been remarkably consistent across its eleven-year, twelve-season, 238-episode span. Which is why it should come as no surprise that the franchise’s first full-length feature film is such an easy-to-digest, joyous affair. Keeping the instantly recognizable family dynamics mostly in tact while dialing up the beautiful animation, The Bob’s Burgers Movie is a must-see for any Bob’s Burgers completist. And while I’d highly recommend seeing this fun summer affair on a big screen while you still have the chance (it’s still in theaters), I definitely see the appeal in watching this on your home screen too — you know, where enhancing supplies are never too far from you.

The first season of FBoy Island was a welcomed surprise. What, at first glance, appeared to be the trashiest in trash TV ended up being…well, still the trashiest in trash TV. (I mean, what else can you expect from a reality show that hinges on separating the so-called nice Prince Charmings from their douchey, fuccboi counterparts so three seemingly perfect young women can find love?) But it also proved a more enjoyable version of the types of dating show antics we’ve come to expect from series like The Bachelor. With comedian Nikki Glaser serving as the show’s hilarious host, FBoy Island pulled the curtain back on the mechanics of dating shows by baking its “separate the fame-hungry boys from the genuinely-looking-for-love men” into its central premise. Plus, it was just plain ‘ole fun. With three new women and 26 new men (13 self-proclaimed “Nice Guys” and 13 self-proclaimed “FBoys”), season two should continue that trend.

I’ve been waiting for Rap Sh!t since HBO Max first launched, all the way back in April 2020. The new series marks Issa Rae’s official return-to-HBO after her Emmy-winning Insecure wrapped up at the tail-end of last year. Roughly based on the story of Miami rapstress duo City Girls, the comedy follows Shawna (Keep It! podcast host Aida Osman) and Mia (Love and Hip-Hop: Miami star KaMillion), two estranged high school friends who decide to start a rap group. With Rae in the driver’s seat and a cast that also includes the always hilarious Jaboukie Young-White and former Bad Girls Club member Jonica “Blue” Booth, this freshman series promises to scratch the music-comedy itch we’ve all had since season two of Girls5Eva ended earlier this month.

While its sequels (three of them) delivered diminishing returns, the first House Party has withstood the test of time as a seminal classic of Black cinema. Directed by Reginald Hudlin and starring the inimitable rap duo Kid ’n Play (and also industry legend Tichina Arnold), that 1990 comedy about two teenagers who throw a massive house party and end up in a world of trouble is a triumph, a riotous time that also serves as a loving ode to that specific era. Now, more than three decades after its release, the original film is being remade by famed music video director Calmatic (who is also helming the upcoming Jack Harlow-fronted remake of White Men Can’t Jump). With Doctor Who’s Tosin Cole and The Chi’s Jacob Latimore taking over for Kid ’n Play, there’s both a lot riding on the upcoming remake and a lot to look forward to. I, for one, can’t wait to see how the movie is reinvented for the social media age. Where’s my Instagram invite?

After delivering their first spinoff, The Perfectionists, in 2019, Pretty Little Liars is ready to try it all again with a new spinoff, this one taking place in a whole new (yet oddly familiar) setting: the quiet blue-collar town of Millwood, where a set of tragic events almost tore everything apart two decades ago. Described in a press release as a “dark, horror-tinged take on the coming-of-age teen melodrama,” Original Sin will introduce audiences to “a disparate group of teen girls.” Or, as I like to call them, “a new generation of Liars, who are tormented by A — a masked killer hellbent on punishing them for the sins of their mothers, as well as their own.” I’m shaking.