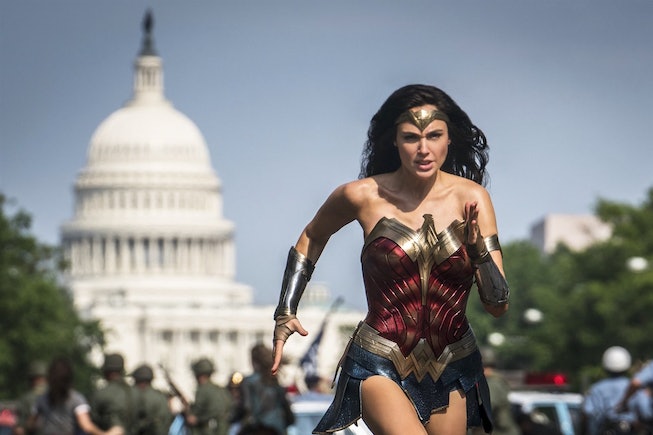 Wonder Woman 1984 lassoed in a major 2020 feat. The sequel to 2017's Wonder Woman landed on Christmas weekend and scored the highest box office opening of the pandemic, at $16.7 million in ticket sales in the US and $36.1 million globally. The sequel to the 2017 hit brought back director Patty Jenkins and superhero Gal Gadot, and the franchise machine is moving forward to "fast-track" a third film, according to Warner Bros.

Taking into consideration that two-thirds of movie theaters across the United States currently sit empty due to COVID-19 safety concerns, Wonder Woman 1984 was also released on the freshly minted HBO Max streaming service to widen the film's reach. Per Vulture, WarnerMedia reported that the DC Extended Universe feature was viewed by “nearly half” of the streaming platform’s retail subscribers on Christmas Day.

“Wonder Woman 1984 broke records and exceeded our expectations across all of our key viewing and subscriber metrics in its first 24 hours on the service, and the interest and momentum we’re seeing indicates this will likely continue well beyond the weekend,” Andy Forssell, executive vice president and general manager of WarnerMedia Direct-to-Consumer, said in a statement. “During these very difficult times, it was nice to give families the option of enjoying this uplifting film at home, where theater viewing wasn’t an option.”

Critically, the film has been divisive, with a current 63% rating on Rotten Tomatoes mirroring conversations on social media over the weekend focused on whether WW1984 was a flop or not.

NEXT UP
Culture
The Biggest Revelations From The Price Of Glee Docuseries
Culture
Succession Season 4 Trailer Explodes With Family Drama
Entertainment
See a First Look At Marisa Abela as Amy Winehouse In "Back to Black" Biopic
Culture
Loewe’s Howl's Moving Castle Collection Is An Anime Dream
Style + Culture, delivered straight to your inbox.