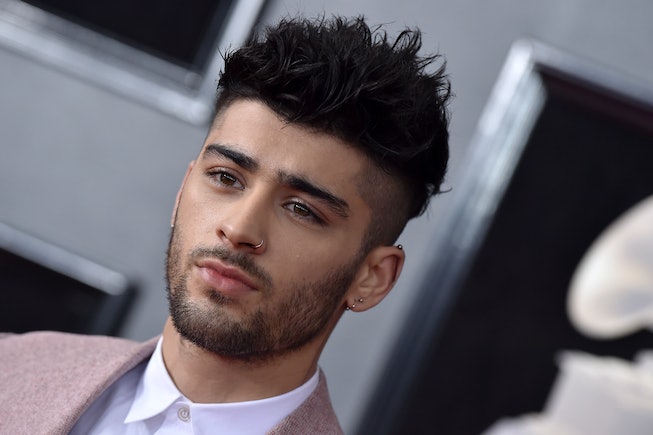 Zayn is starting 2021 off strong with his new album, Nobody Is Listening, on January 15 — his first record in over two years.

Nobody Is Listening follows 2017's hefty release Icarus Falls, which included a whopping 29 tracks. Nobody Is Listening is a much leaner pursuit with a total of 11 tracks, including his forthcoming single, "Vibez," which will be released on January 8.

Back in September 2020, Zayn gave fans a taste of his new era to come with the song and video, "Better." The R&B track explored the complicated emotions that come with leaving someone you love, and an accompanying press release promised the track and the album would be his "most personal project to date."

Aside from fresh music, the reclusive pop star has been in the news more often following the birth of his first child with longtime on-again-off-again girlfriend, model Gigi Hadid. The singer and new father waxed sentimental on Instagram following her birth: "Our baby girl is here, healthy and beautiful. To try put into words how i am feeling right now would be an impossible task. The love I feel for this tiny human is beyond my understanding. Grateful to know her, proud to call her mine, and thankful for the life we will have together."