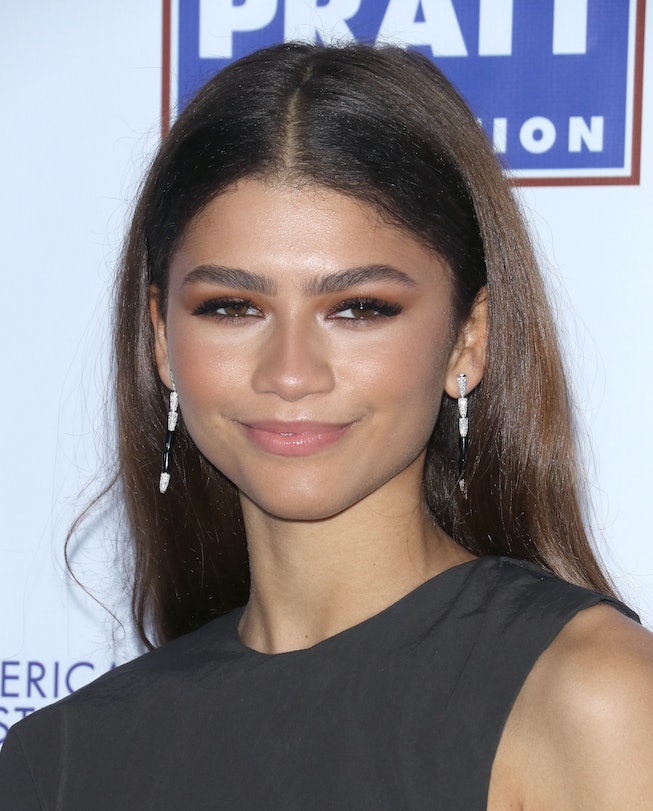 Oh, you mastered a sourdough bread recipe during quarantine? Big deal! Zendaya made an entire movie while Hollywood was on lockdown for the (still ongoing!) COVID-19 pandemic. Along with John David Washington and Euphoria creator Sam Levinson, the three shot the forthcoming film Malcolm & Marie and arguably snagged the title of being the first feature film to complete production as the pandemic rages on.

According to Deadline, once production on Euphoria's highly-anticipated second season was shut down, Zendaya called up Levinson with a new proposition. What if he wrote and directed a film during quarantine? Levinson eschewed any potential bread-making journeys and was immediately on board. And he was really on board. Within six days, he had cranked out Malcom & Marie. Levinson already knew the leading man he wanted opposite of Zendaya: BlacKkKlansman Golden Globe nominee and Tenet star Washington.

Malcom & Marie feels like it's going to unfold as a passion project; Levinson's production partner and wife Ashley Levinson, his longtime producer Kevin Turen, Washington and Zendaya each bankrolled the film during pre-production and production.

Safety was obviously also a top priority during the filming for Malcolm & Marie, and I imagine filming during a pandemic made for a bizarrely unforgettable sex scene experience. It all went down at Caterpillar House, an environmentally conscious glass architectural marvel in Carmel, CA from June 17 to July 2, with everything compliant with WGA, DGA and SAG-AFTRA approvals and COVID-19 safety protocols, as well as input from medical doctors. Truly no stone was left unturned; along with masks and proper quarantining, temperatures were taken twice daily, and the the cast handled their own wardrobe, mic'd themselves, and more.

There's definitely more information available about the set's safety measures than the actual plot of Malcom & Marie, but rumor has it that it's reminiscent of Noah Baumbach's Marriage Story with some major current "social themes" with which the audience will resonate. Based off the photo Zendaya shared, it looks like hot people being hot to me!