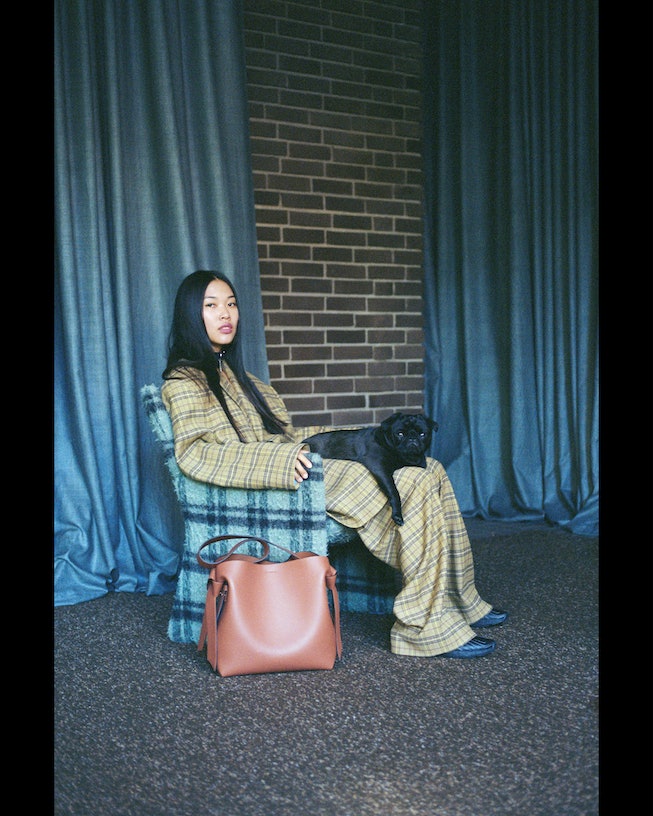 The dogs of Acne Studios employees are finally getting their moment in the spotlight. The brand's new fall 2020 campaign stars its own staff alongside their four-legged friends, including, but not limited to, a pug, two French bulldogs, and a dachshund.

"A while ago, I became a dog owner myself. Ever since then I've started to notice the 'dog people,' walking, being and dressing," Jonny Johansson, Creative Director of Acne Studios, said in an official statement. "I didn't see them in the same way before, and now I guess I've become one myself. For this collection, I wanted to highlight and credit that subculture for all the inspiration it has given me."

With most creative work being done in quarantine, a number of brands have turned to their in-house teams to star in new lookbooks and campaigns. Gucci's cruise 2021 collection debut was modeled by its designers, while Burberry recently included its own employees for its pre-spring 2021 campaign, shot in front of their homes in London. Sadly, and presumably much to the regret of Alessandro Michele and Riccardo Tisci, no dogs were included in these photoshoots.