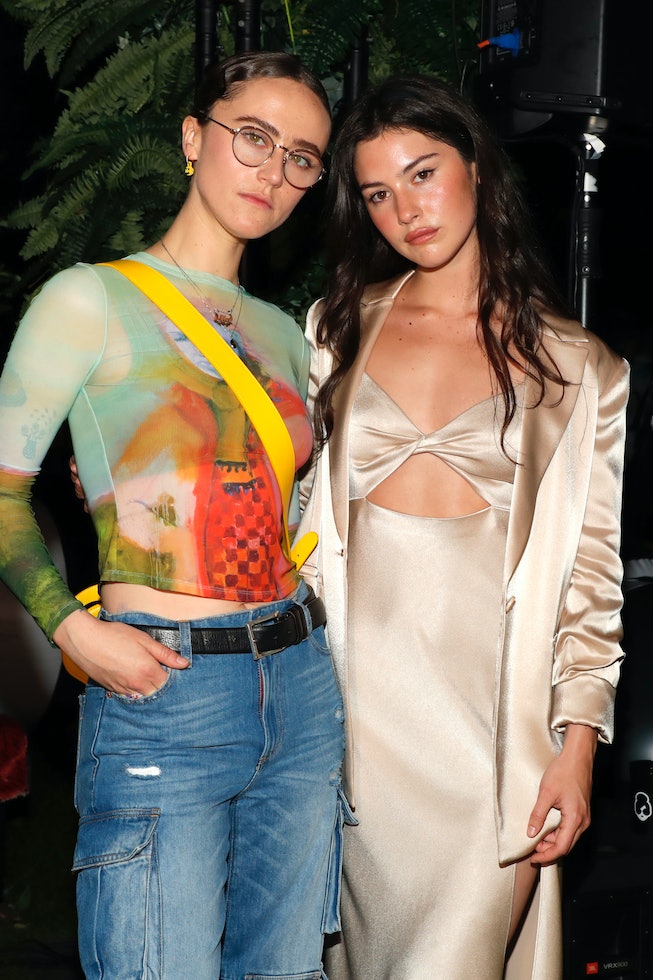 WHERE: The Close East Lawn in New York

WHY: To celebrate the brand’s 20-year anniversary

THE VIBE: When we got the invite to Alice + Olivia’s 20th-anniversary celebration, we were expecting a tiny venue wedged in the middle of Chelsea, but nothing could’ve prepared us for the extravaganza we walked into on Wednesday night. The brand had secured a secluded backyard for the evening, along with the lawn entrance decked out with the event’s prom-themed flyer, balloons, and a nostalgic hand-painted sign. Incoming guests were greeted with a number of entertainment stations where you could get tattoos, a freshened-up hairdo, airbrushed hoodies, and, of course, tons of social media-friendly photo opps.

While we stood in line waiting for our airbrushed hoodies, others were being adorned with butterfly clips and eye crystals from the event’s beauty stations — a familiar flashback to an early-2000s mall scene. In the background, DJ Kiss was blaring hits, from Justin Timberlake’s “Summer Love” to Beyonce’s “Single Ladies,” as celebrities and influencers continued to stream in and the pulse of the party grew.

When we finally got to the front of the line for our Y2K fashion items, Gracie Abrams took the stage for a live performance. So we skipped over to see her, “Spicy Stace” margs in hand, as she began singing “21,” while designer and founder of Alice + Olivia, Stacey Bendet, was cheering Abrams on front and center.

Once Abrams’ performance came to a close, model and artist Ella Emhoff quickly greeted her off-stage and the black-and-white checkered dance floor erupted with singing and laughter while the throwback hits commenced. People began flocking to the tattoo station to choose from a flash selection of “xoxo,” lips, dancing figures, and more. Nicky Hilton came over to see what all the fuss was about, though she opted out of any new ink. After a few more nostalgic tunes, we went to pick up our new hoodies, freshly airbrushed with “Gemini” and “Slay The World” in giant pink and blue script.

To top the event off, Alice + Olivia received a Mayoral Proclamation by the city of New York in celebration of its 20th-anniversary milestone, marking June 15 as “Alice + Olivia Day.” Who would’ve thought prom would be so fun a second time around?

OVERHEARD: “Everyone, get on the dance floor! Y’all better be grinding by the end of the night.” — Colm Dillane, the designer behind KidSuper