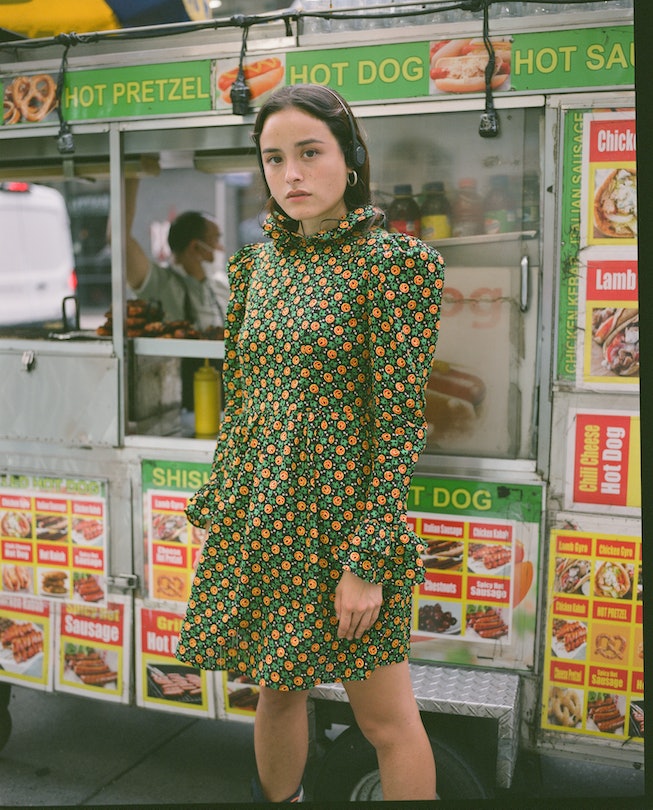 Anna Sui launched its latest capsule collection in partnership with Batsheva, featuring vivid floral prints and puffed-shoulder silhouettes. The new release comes after the designer teased the upcoming collaboration back in June during her Resort 2022 showcase.

For the collab’s capsule collection, Sui teamed up with designer and longtime friend Batsheva Hay by swapping their favorite prints and signature silhouettes. The final result blends Sui’s ‘90s-inspired babydoll ‘fits and Hay’s signature cottagecore-leaning, prairie-style cuts, and spotlights four pieces — two dresses and two tops that will make you wish for warmer weather again. (Though, these styles could easily be layered with tights and knits for the rest of fall and winter.)

“Anna and I have spent a lot of time chatting in our Garment District studios the past few years about our shared love of textiles and dresses, so it felt natural to combine our styles by mixing our fabrics and silhouettes,” Hay exclusively tells NYLON.

The designers also released a short film on top of the new collection. Directed by Jeannie Sui Wonders and filmed by Rachel Batashvili, the campaign stars none other than HBO’s Generation actress (and Sui’s niece) Chase Sui Wonders. In the two-minute mini film, Wonders is a restless assistant who is given a roll of fabric to deliver to Hay. Wonders happens to run late as she performs the errand on rollerblades, but somehow gracefully navigates through New York City’s bustling traffic. The actress gets distracted by going into other stores on the way, skimming shelves of fabrics and art supplies, and even stopping for a quick bite at a food cart. Meanwhile, frustrated phone calls between the two designers build up even more tension until finally, Wonders successfully hands over the fabric to Hay.

When talking about her experience shooting the new campaign, Wonders said in an official statement, “I had so much fun blading around the Garment District all day in the collection. The area is full of a cinematic cast of characters — the cat-calling delivery men, the shopkeepers feeding pigeons on break, the hot dog stand attendees cracking jokes — they all wanted to play around with us. It felt very true to NYC.”

“I think it's so special that they both make clothes in the Garment District so I wanted to celebrate that,” added the director. “Chase and I had been rollerblading during the summer so I thought it’d be a fun way to showcase Batsheva and Anna’s exchange of fabrics and an exciting way to shoot in such iconic places, like Steinlauf & Stoller and Mood.”

Priced between $281 through $478 with sizes ranging from 0 through 14, the Anna Sui x Batsheva collection is now available to shop Anna Sui’s website. In the meantime, you can view the official campaign images, starring Chase Sui Wonders, below.