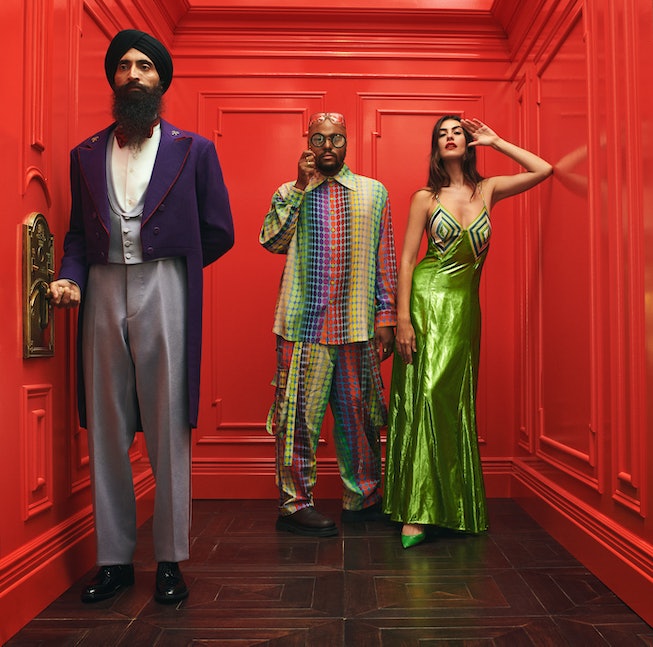 Bergdorf Goodman is kicking off the holiday spirit of December with a festive fashion film inspired by the beloved filmmaker Wes Anderson.

On Wednesday, Dec. 1, the luxury department store released the latest project for its 2021 holiday campaign, turning to the work of The French Dispatch director to create a captivating short film titled “The Present Moment.”

The two-minute piece was inspired by 10 of Anderson’s most acclaimed movies, all while capturing the holiday magic of Bergdorf Goodman. Developed and directed by Elle Strauss, Bergdorf Goodman’s VP of Creative and Brand Marketing, “The Present Moment” takes viewers through the lens of our main protagonist, who happens to be the brand’s mysterious courier that travels throughout the store to select the perfect gift on behalf of customers from all over the globe.

“Everything we do at Bergdorf Goodman is touched with magic,” Strauss exclusively tells NYLON. “There’s nothing like it and the holidays further that feeling of being transported into a beautifully inspiring place and time. I hope we've captured some of that sparkle with this film.”

With designer and actor Waris Ahluwalia as the film’s narrator, the viewer is treated to some familiar faces in fashion, with cameo appearances from Christopher John Rogers, Emily Bode, Michael Kors, and Sergio Hudson. The characters are seen riding a red elevator along with Bergdorf Goodman’s fashion director, Linda Fargo, and the end of the film also reveals the identity of the mystery courier, who happens to be none other than star designer Marc Jacobs.

Plus, it isn’t an Anderson-inspired film without referencing some of the stylish props from his archives, including the King of Isle of Dogs, a map from Moonrise Kingdom, Mendl’s cake box seen in The Grand Budapest Hotel, and The Royal Tenenbaums’ iconic red tracksuits.

You can now view Bergdorf Goodman’s short film “The Present Moment” inspired by Wes Anderson, as well as more of the official holiday campaign images, below.