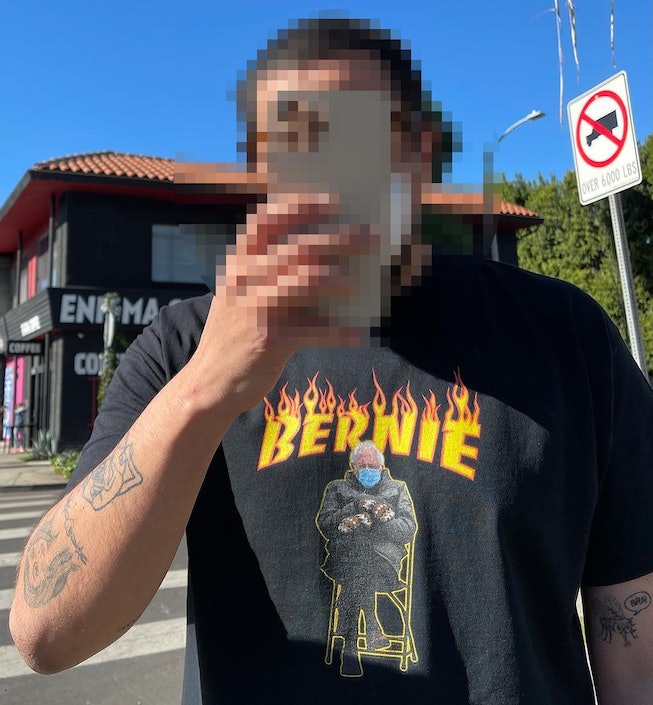 The pop culture brand quickly got to work on a black T-shirt with the photo of Sanders sitting in front of a Trasher-inspired Bernie logo, retailing for a cool $33.

"BERNIE SANDERS IS MY MOOD WHEN I FINALLY HAVE TO GO BACK TO SEEING PEOPLE IRL INSTEAD OF ON ZOOM," the shirt's description reads.

Sanders may not have walked into the Capitol on Wednesday thinking he would break the internet, but alas, the online shopping searches don't lie. Lyst reported that searches for mittens increased by 311% with upcycled mittens specifically spiked spiked by 225%. Sanders' own mittens were made by Jen Ellis, a teacher out of Essex Junction, Vt., who gave them to the senator two years ago. Then there was his trusted Burton coat, which resulted in a brief crash of the brand's website. He didn't choose the hypebeast life, the hypebeast life chose him.

Check out Pizza Slime's new Bernie merch below, and cop it before it sells out.