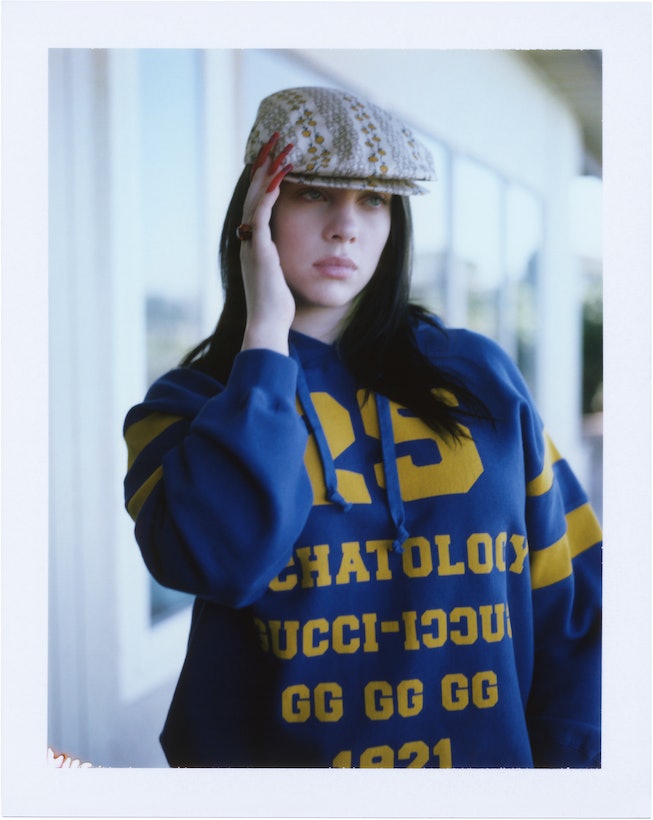 Friday marks day six of GucciFest, and Billie Eilish has finally made her anticipated appearance after the luxury brand's announcement in early November. The film and fashion festival's seven-part series Ouverture Of Something That Never Ended premiered Episode 5, which stars Eilish alongside artist Ariana Papademetropoulos and artist/designer Darius Khonsary, on Friday.

In the new video, a character is watching TV from a bathtub, which is playing Eilish performing her new dark banger and second single of the year "Therefore I Am" in a video directed by Harmony Korine and featuring Spot, a dog-like robot by Boston Dynamic. While Eilish already has a music video (that she directed herself) for "Therefore I Am," this particular rendition from Korine, who's collaborated with the Italian fashion house on a slew of seasonal campaigns and videos, debuted for the very first time on GucciFest.

See Eilish modeling Gucci's latest collection, below, along with her new video of "Therefore I Am" for GucciFest.