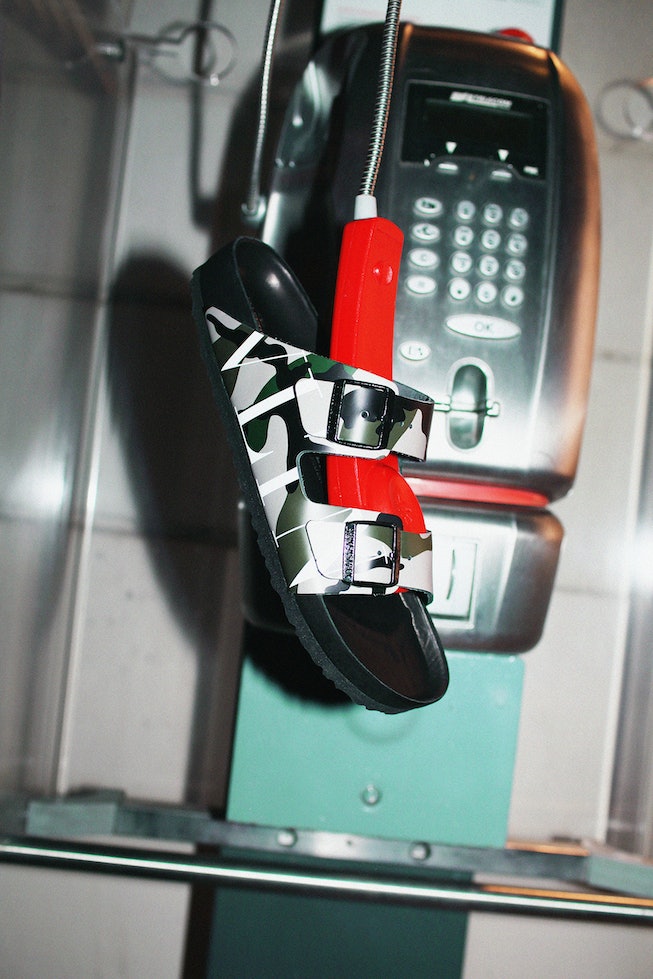 Another Birkenstock-and-designer-name partnership is here. Following their first collaboration, which debuted on the runway in January 2019, Valentino and Birkenstock have released photos and a drop date for their second collection. The unisex, slip-on Arizona sandal has been reworked by Valentino creative director Pierpaolo Piccioli in a camouflage print with the VLTN logo along the side.

The new launch is yet another collaboration Birkenstock has released this year. Back in March, the footwear brand partnered with Proenza Schouler on a coveted collection of the Arizona and Milano sandals, followed by the release of its corduroy Boston Clog with Stüssy, which launched just last week.

For this anticipated release, start saving up now: the latest Birkenstock x Valentino styles will retail for $510. (Its first release went for $495.) The new collection, available in three different colorways (black and gray, army green, and lime green), will drop on Birkenstock's 1774.com, valentino.com, and Valentino stores worldwide on September 3 and 15 in limited quantities.

Check out photos from the upcoming drop's campaign, below.