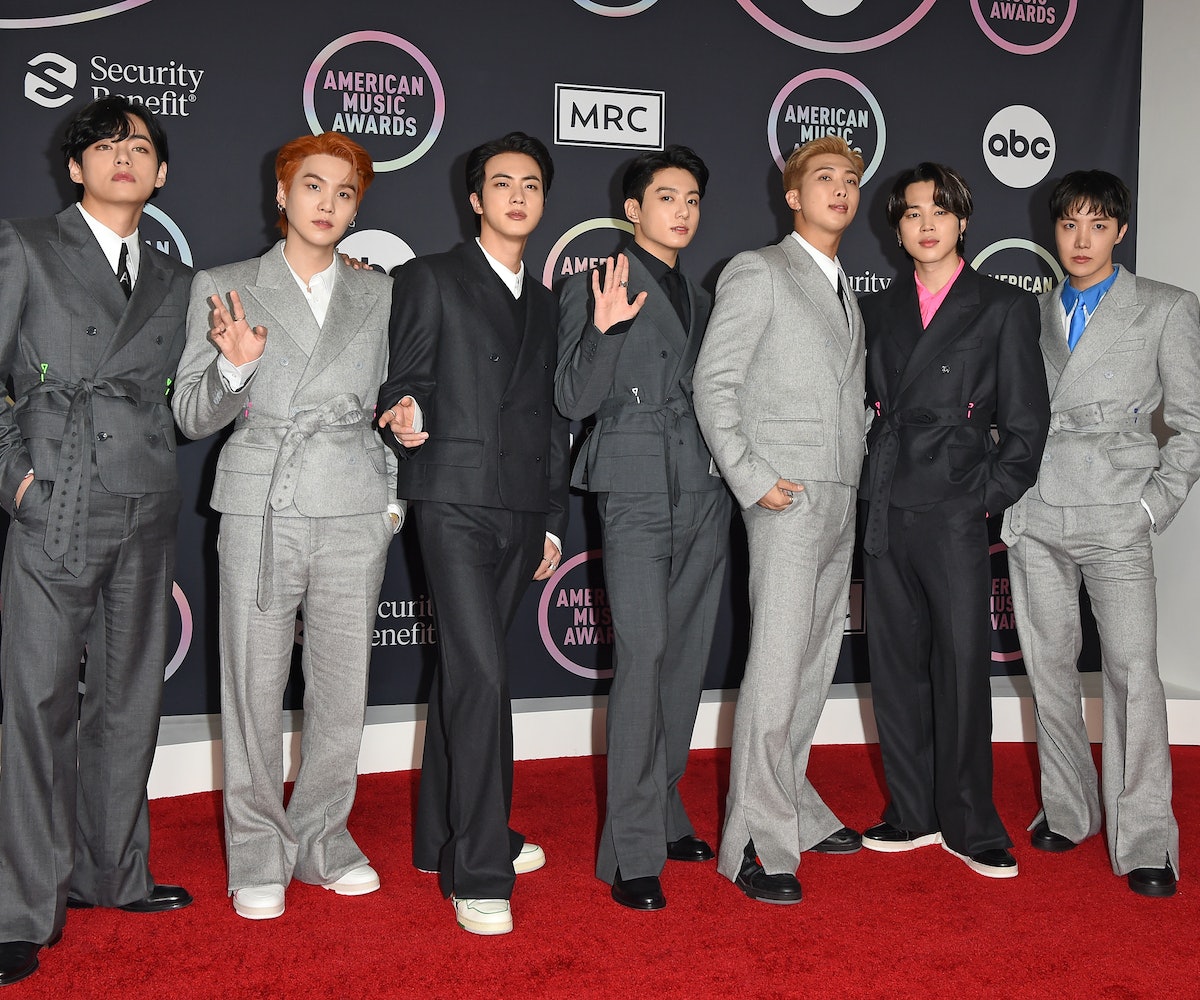 During the already-hectic holiday season, BTS recently arrived in Los Angeles and if you’re new to the ARMY fandom, that means we’re bound to see the group in non-stop appearances, performances, and, of course, jaw-dropping looks.

The K-pop boy band was first spotted at the Incheon International Airport bundling up in statement coats before they headed to L.A. to perform and collect their trophies for Artist of the Year and Favorite Pop Duo or Group, at the 2021 AMAs on Sunday, Nov. 21. Most recently, they made a studio appearance on The Late Late Show with James Corden on Tuesday, Nov. 23, where they performed their hit singles “Permission to Dance” and “Butter.” Their episode for the late-night show is set to air on Wednesday evening.

But their packed schedule doesn’t stop there, BTS is also slated to hold an in-person concert titled “BTS PERMISSION TO DANCE ON STAGE – LA” at the SoFi Stadium on Nov. 27 and 28, as well as Dec. 1 and 2. Finally, the group will conclude their activities in L.A. by performing at the 2021 iHeartRadio Jingle Ball tour on Friday, Dec. 3.

Follow along our timeline of BTS’ appearances, along with all of their outfits, while they’re in Los Angeles, below.