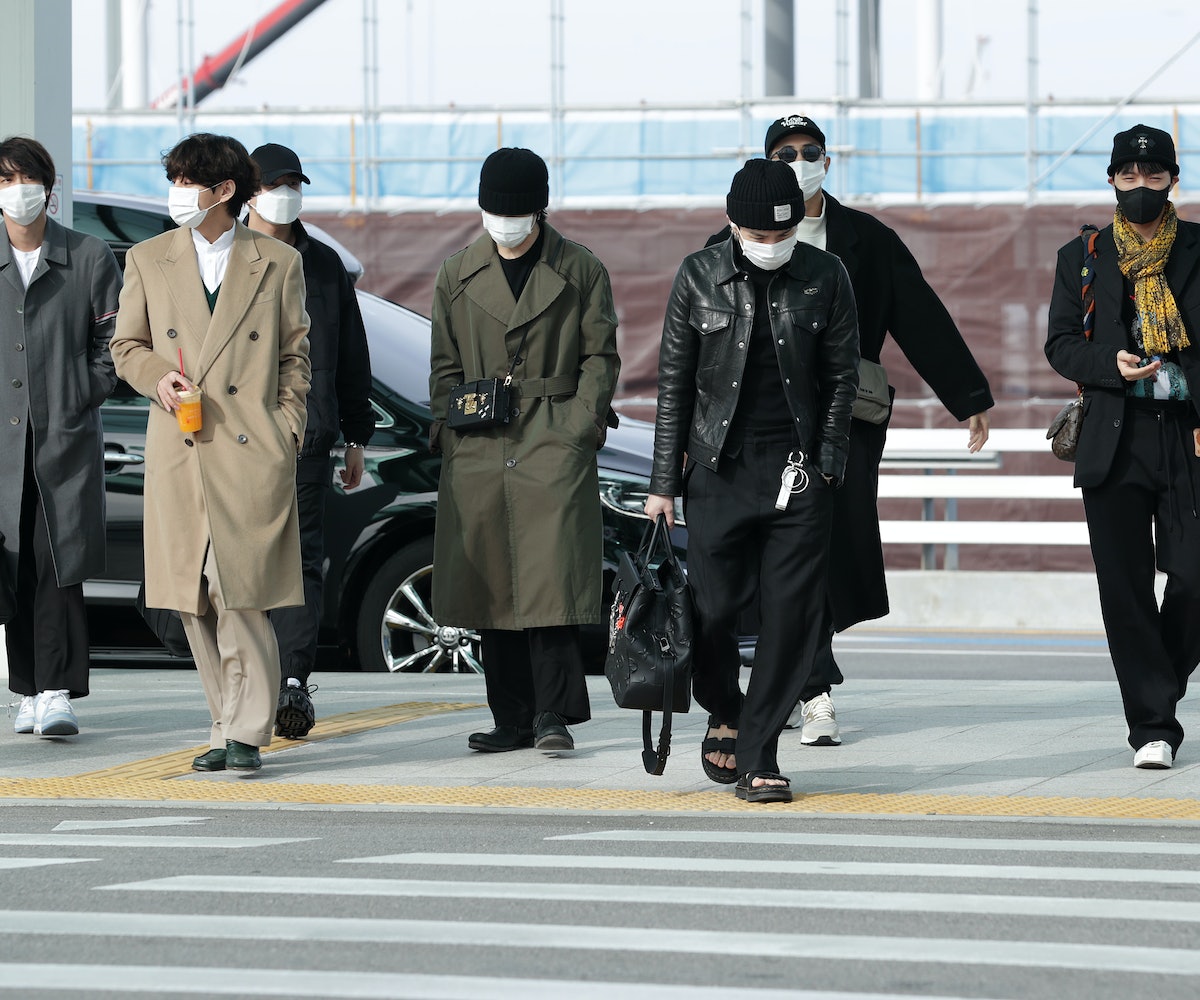 Autumn is undoubtedly in full swing, and with a packed schedule like BTS, they definitely know how to dress for the dropping temperature. On Wednesday, Nov. 17, the K-pop boy group flew out to Los Angeles for their scheduled activities in the States.

The members were spotted during the afternoon at the Incheon International Airport in South Korea to catch their flight to L.A., where they have a number of upcoming live performances and guest appearances scheduled for the next couple of weeks. In a series of off-duty photos, the seven-person group was captured bundling up for the trip, wearing statement pieces like power coats, monogram accessories, and hypebeast- approved sneakers.

BTS is slated to make an appearance at the 2021 AMAs on Sunday, Nov. 21, where they will be joining Megan Thee Stallion to perform the remix of their hit single “Butter.” The K-pop mega-band and the H-town rapper are both nominated for three awards this year, including Artist of The Year, Favorite Pop Song, and more. They’re also set to make a studio appearance on The Late Late Show with James Corden on Wednesday, Nov. 24, where they plan to perform their new single “Permission to Dance.” Not to mention, the group also has an in-person concert titled “BTS PERMISSION TO DANCE ON STAGE – LA,” which will be held at the SoFi Stadium on Nov. 27 and 28, as well as Dec. 1 and 2. The group will conclude their L.A. activities by performing at the annual iHeartRadio Jingle Ball tour on Friday, Dec. 3.

With so many major appearances set for the members over the next few weeks, we know there will be plenty of great BTS outfits to come.

Check out some photos of the members at the airport, including RM in Fear of God, J-Hope in Louis Vuitton, and more, below.