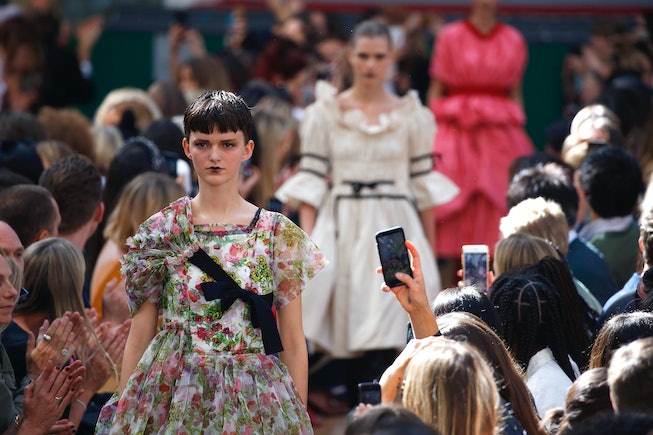 The COVID-19 crisis has prompted multiple responses from leaders in fashion calling for a change to industry operations. Dries Van Noten published a letter last week, which was followed by an initiative proposed by Business of Fashion. Now, the CFDA and British Fashion Council are joining in to offer their own suggestions.

On Thursday, the two published a letter titled "The Fashion Industry's Reset," which echoes many of the proposed changes by Van Noten and BoF.

"We are united in our steadfast belief that the fashion system must change, and it must happen at every level," the letter read. What follows is a series of recommendations, starting with slowing down. "For a long time, there have been too many deliveries and too much merchandise generated. With existing inventory stacking up, designers and retailers must also look at the collections cycle and be very strategic about their products and how and when they intend to sell them."

Unlike the two proposals before it, which promoted a new fashion week dates and a "see now, buy now" format, the CFDA and BFC want the fashion calendar to stay the same after the pandemic is over to "avoid the strain on buyers and journalists traveling constantly."

The two organizations also touch on sustainability, saying, "Through the creation of less product, with higher levels of creativity and quality, products will be valued and their shelf life will increase."

Paris and Milan have yet to come out with their own blueprint on how to move forward, but based on the popularity of speaking out, perhaps those are in the works.