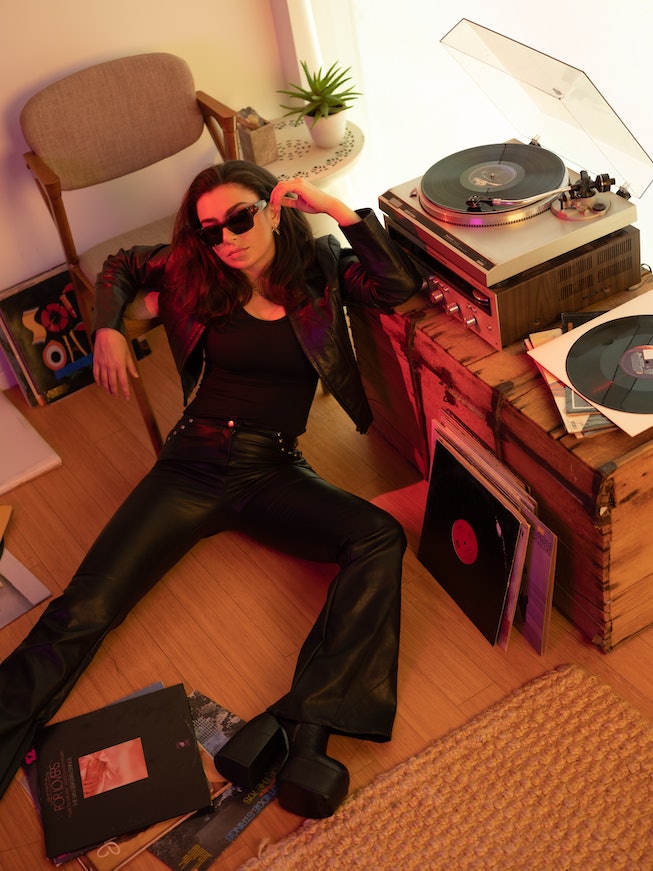 Charli XCX is ready for the world to open up again. The How I'm Feeling Now singer recently filmed Ray-Ban’s newest “You’re On” campaign alongside Beabadoobee, bringing her back to the days of house parties and dressing up.

On stage or on the red carpet, the musical artist is known for her playful, colorful looks. While she’s still finding time to dress up (because, why not?), she admits that her style as of late is dramatically more laid-back.

“I mean, because of quarantine I’d say it’s evolved into something very, very casual and chill,” she tells NYLON. “Most of the time I just wear my boyfriend’s clothes or a dressing gown.”

Even when she’s lounging around in her boyfriend’s clothes, the singer is still plotting future performance looks, perhaps to go along with her upcoming “poptastic” album.

“I love building out a world with my music and fashion is very much a part of that. It helps me tell a story and helps me feel alive!” she says, adding that her current style inspirations are female wrestlers from the ‘80s and guitar legend Steve Vai.

When the time finally comes for Charli XCX and the rest of the world to get back out in the open, know that she’ll be ready to deliver the fashion.

“I’m excited to get really dressed up again,” she says. “I’ve missed wearing fierce shoes and stomping around all over the place.

See more of Charli XCX’s campaign videos with Ray-Ban, below.