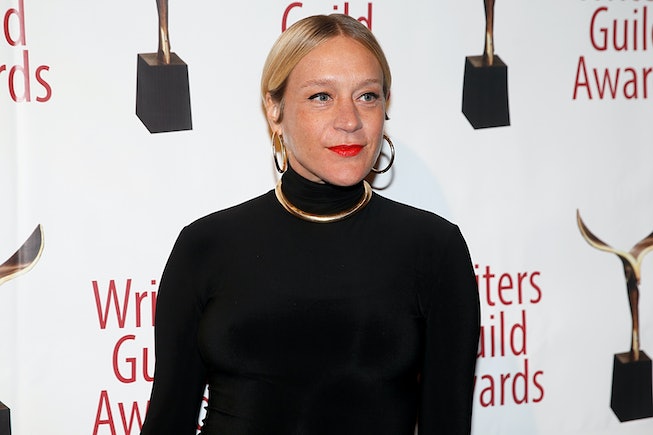 Chloë Sevigny has given birth to a baby boy! The actor posted a photo of her and her new baby, Vanja Sevigny Mačković, on Instagram, adding that he was born on May 2, 2020. Reps for Sevigny initially kept details to a minimum but initially confirmed that Sevigny delivered her first child, adding that "all are happy and healthy." The actor and longtime muse announced her pregnancy earlier this year in January.

Sevigny recently spoke to The Cut about expecting her first child while staying quarantined at her home in New York, adding that she's even succumbed to some not-so-fashionable maternity clothes in isolation.

"My boyfriend suggested that we have a dress-up day, but we never implemented it. Today, I put on mascara and he was like, 'Ooh, did you put on makeup?' But it's hard, between corona and my state, to be fashionable. That's kind of gone out the window. I keep reminding him, though. I'm like, 'People think I’m a really stylish woman!'" she said, adding, "Because of the swelling, I also had to size up for comfort shoes that I can slip on and off. I got these slip-on Birkenstock Mary Jane shoes, which is really giving in to pregnancy style."

Time will tell if she keeps up her love for Birkenstocks as a no-longer-pregnant woman. But as a first-time mom in quarantine, you get a pass on pretty much everything.

NEXT UP
Life
TikTok Toasts To Latinx Heritage Month & More Party Photos You Missed
Fashion
See Every Look From The 'Don't Worry Darling' NYC Screening
Fashion
Becky G, Brooke Shields, And More Star In SKIMS’ Bra Campaign
Life
How To Dress For Your Birth Chart, According To An Astrologer