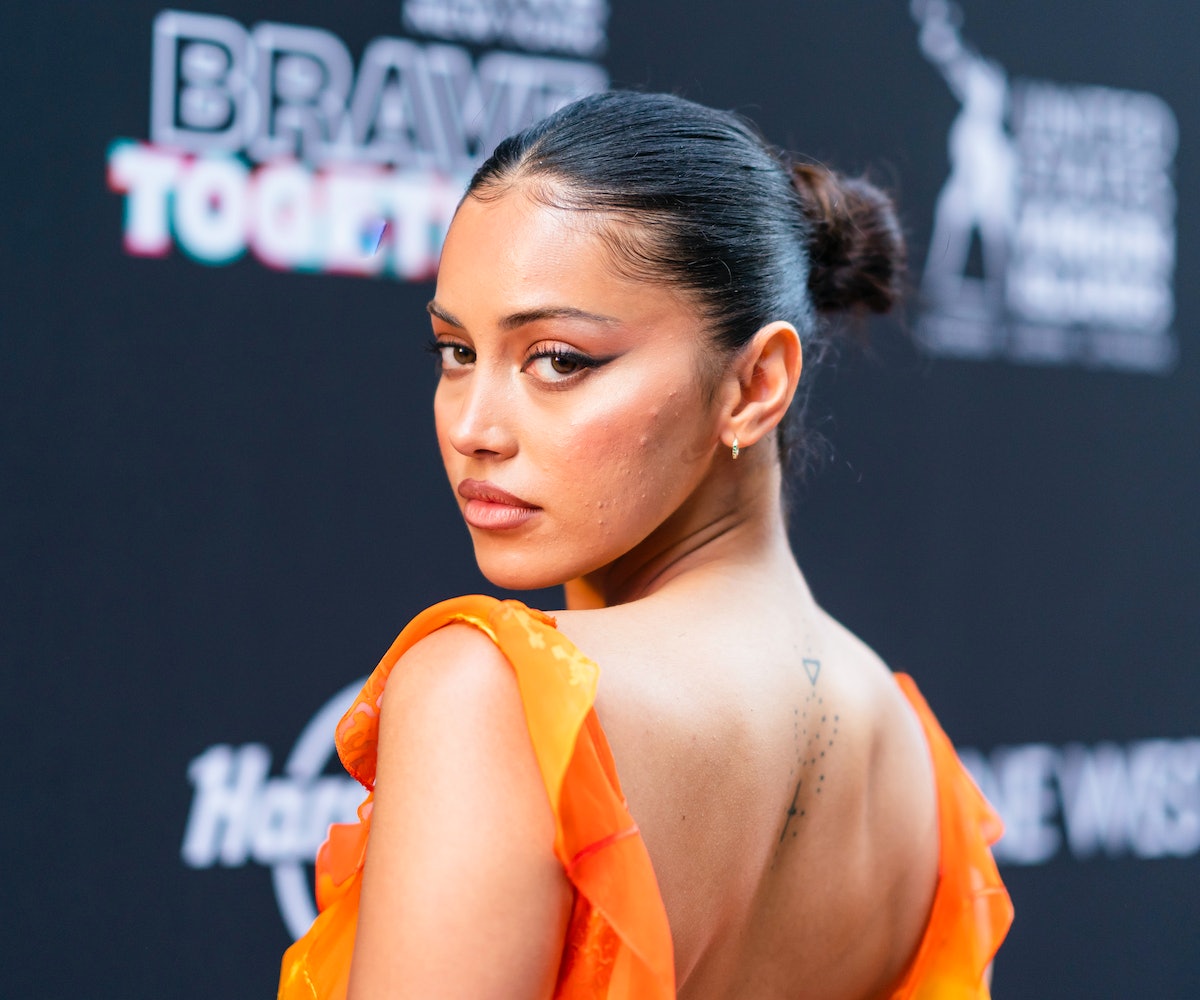 Sports Illustrated has finally unveiled its Swimsuit Issue for 2022, featuring a star-studded roster wearing summer’s coveted bikinis and one-pieces. The covers boast big names like Ciara and Kim Kardashian, but the magazine’s rookie models for 2022 are the ones to watch, including Duckie Thot, Christen Harper, Katie Austin, Georgina Burke, Olivia Ponton, and Cindy Kimberly, known online as @wolfiecindy.

The 23-year-old Spanish-Indonesian model first made her modeling debut in 2015 through Justin Bieber, who posted a photo of her on his Instagram. Since her sudden rise to fame, the Amsterdam native has kept busy over the years and has since graced magazine editorials, walked in runway shows, and appeared in music videos.

Seven years later, Kimberly appears in this year’s SI Swimsuit wearing a number of teeny-tiny swimsuits with Barbados as her backdrop, but achieving this was no easy feat for the model.

“I had this list of goals in my career including that I wanted to start modeling and I’ve been a fan of [Sports Illustrated] from the very beginning. I would admire people like Barbara Palvin even during my Tumblr days, but I never thought that it was possible for me,” Kimberly tells NYLON over the phone. “Being on SI has been on my bucket list for a very long time, but it was one of those far-fetched goals that I put on the bottom of it and hope that it happens. When I got the job, even my mom remembered when I used to be super annoying and watched the old rookie videos in the past.”

Check out Cindy Kimberly’s first spread in the 2022 Sports Illustrated Swimsuit Issue, photographed by Ben Watts, as she speaks with NYLON about her experience as the magazine’s latest rookie, favorite swimwear trends, and more, ahead.

What was it like to be on set shooting for Sports Illustrated’s Swimsuit Issue?

It was honestly the most comfortable team I’ve ever worked with. I think when you’re shooting for swim or modeling in general, it can be a very vulnerable environment. But since most of the people working on set were women, it had this big sister energy where everyone was making me feel so confident and safe, which really allowed me to be myself and have fun. A lot of the time when you’re modeling, you’re expected to play a character for other people, but this photoshoot felt like it was about me, and that made it feel very special.

What have been some of your favorite memories with SI so far?

I know it sounds like when you’re talking about something, it can sound so good that it almost seems fake, but it actually was so amazing. We shot in Barbados, and I’m obviously a huge Rihanna fan so they arranged a whole day where I was able to go to Rihanna’s favorite childhood spots and her favorite restaurant, which was so cool. I definitely feel like I would have never even been confident enough to do any of this type of stuff. Rihanna was one of my role models growing up so it all felt full circle for me.

Also, the day of the fitting before the shoot was special because I felt like it was really curated for me. Usually, when you do a shoot, you don’t get to pick everything that you want and it can feel as if they want to fit you into a mold, but this time, I feel like this shoot was a mold being made for me, which is something I haven’t really felt before.

It must be so nerve-wracking to go on set a lot of times as a model. Do you have any special rituals or routines that you do before every shoot?

I try to keep myself mostly in the same routine, so I usually journal every morning and I like to say my affirmations. Especially when you’re doing something as vulnerable as a swimsuit shoot, I write my affirmations and I make sure that I remind myself that my body is not what everyone else wants it to be and that it’s a blessing that I have a body that takes care of me and allows me to experience life. Just reminding myself to be thankful in every way and just accepting myself in whatever way I am is probably the one thing that I feel is the most important in order to prepare for something like this.

With summer right around the corner, what are some swimwear trends you’ll be wearing this season?

I think cutouts are going to be really big, especially ones with different, intricate designs. But I also think that it depends on the person’s preferences because I love a bandeau, like that’s what looks good on me. My friends love the triangle bikini tops on them and I’m like, ‘That does not look good.’ There are definitely so many brands that I find interesting but I love going on the internet and now, there are so many young people that are doing a lot of cool techniques, like crocheting and starting their own little businesses, so I really like to participate in that. They’re just really pouring all their love into their work and so I think that’s mostly what I will be wearing this year.

Speaking of summer, do you have any plans you’re looking forward to?

I want to go to Italy with my mom. I really want to go to Venice, like it’s my dream. But I just really want to go back home and have a summer at home in Spain. I do think that after not living in Spain for two years, I really underestimated how great European summer is and I now understand why everyone in America wants to come to Europe for the summer. Before I would be like, ‘Why are there so many people here? America sounds so much more interesting.’ But now I get it, so I want to go back home for the summer.

Do you have any other exciting projects in the works so far? What are some other paths aside from modeling you're looking to go into?

I have a clothing line that will come out sometime soon. I think after so many years of wanting to do music and a long time just trying to take care of me and my mom after COVID, it’s made things a little clearer and I’m finally starting to work on music, which is what I’ve wanted to do since I was really young. I’m going where the wind takes me. I actually want to make my own swimwear line, too. I used to make my own swimwear when I was younger by tearing apart my mom’s old clothes, so I think I'm going to finally try that out this year.