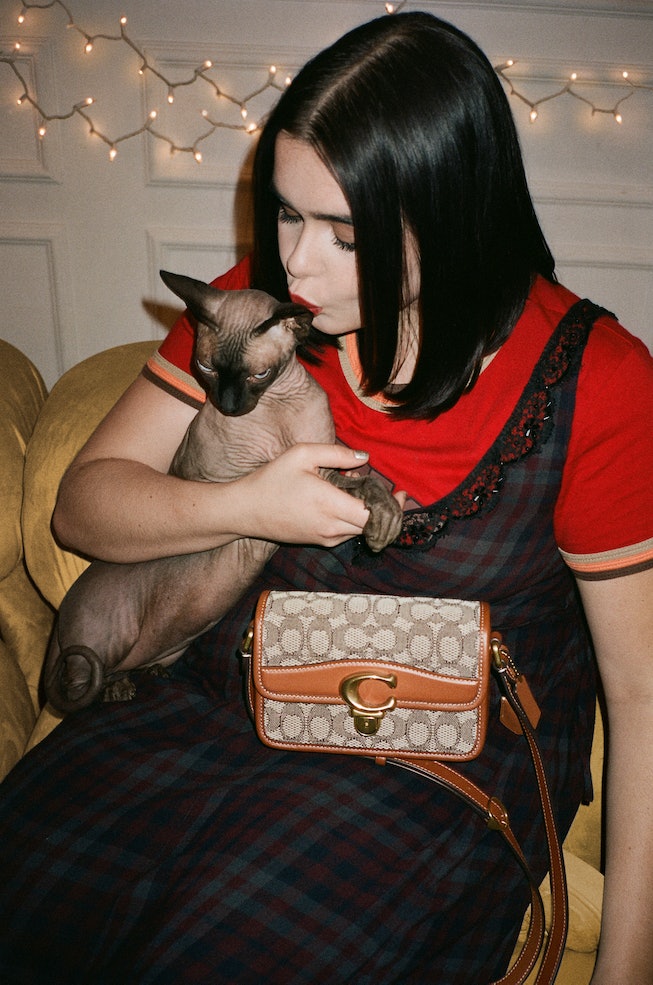 The holiday season is already upon us, and what better way to celebrate than to give a little love to those around you? On Tuesday, Nov. 2, Coach released its latest campaign, titled “Give A Little Love,” just in time for the upcoming festivities and stars familiar faces of the brand, like Barbie Ferreira, Jennifer Lopez, Michael B. Jordan, Paloma Elsesser, Kiko Mizuhara, and more.

Lensed by Renell Medrano and Pierre-Ange Carlotti, the new campaign captures all of the holiday-friendly warmth and affection even in the city’s snowfall. We see the stars embracing their loved ones and sporting some of Coach’s signature bags in an array of hues, like Kiko Mizuhara posing alongside her sister Ashley Yuka Daniel, Paloma Elsesser with her grandmother, Rickey Thompson with his friend and comedian Quen Blackwell, and Barbie Ferreira with her cat, Morty.

Other images from the campaign show Coach’s global ambassador Jennifer Lopez, who models a fur coat and the brand’s Willow Bucket bag in red in the snow-filled streets of New York City. Michael B. Jordan, who also serves as the brand’s ambassador and was the first face of Coach’s menswear line, also appears in the same city setting while sporting a navy puffer jacket and carrying a two-tone backpack in his hand.

On top of the new images, the fashion house is also tapping into our nostalgia by releasing a special holiday episode of Coach TV, which references our favorite films, shows, and other pop culture references that inspire Coach Creative Director Stuart Vevers and his “vision of heritage reimagined for the next generation.”

So far, the brand has already released a new episode of Coach TV starring none other than Lopez. Directed by Jason Bergh, the film is a callback to a scene from the singer’s 2002 music video “All I Have,” as she’s seen carrying some of Coach’s monogram bags in the same snowy setting as the original. Though the scene is an updated version in 2021, Coach’s new video with Lopez proves that almost 20 years later, “icons really do last forever.”

You can now shop signature pieces from Coach’s “Give A Little Love” campaign series, priced between $65 through $595, on Coach.com. You can also view the official campaign images, photographed by Renell Medrano and Pierre-Ange Carlotti, below.