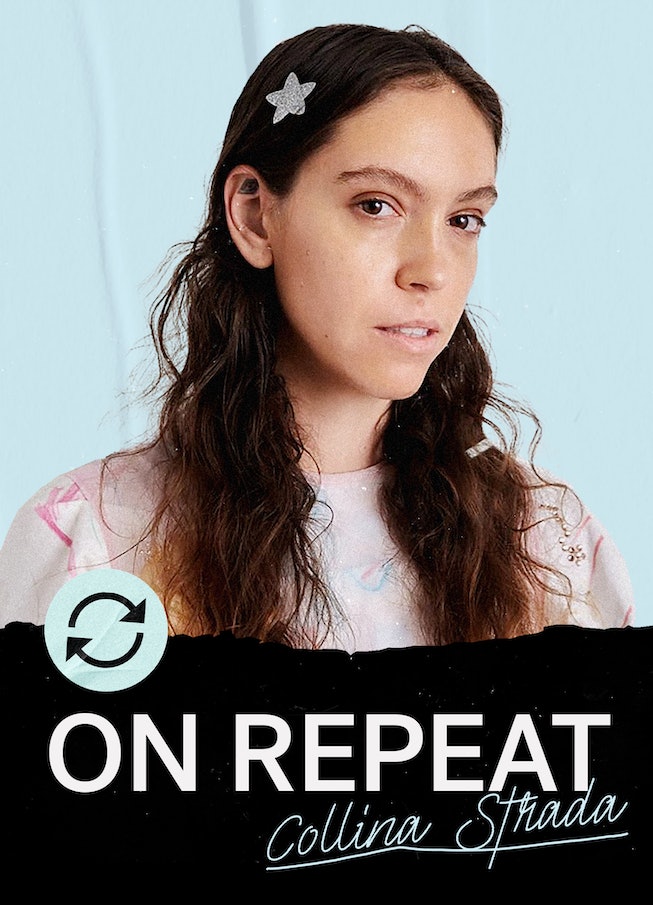 When Collina Strada was tasked with showcasing its Spring 2021 collection digitally during New York Fashion Week back in September, designer Hillary Taymour exceeded with flying colors — quite literally. The environmentally conscious indie brand's video debut was a trippy feast for the eyes, which later landed Collina Strada a chance to create another short fashion film for Guccifest last November.

On Wednesday, the label returned to NYFW with another digital presentation for Fall 2021. Dubbed "Collina-mals," the new pieces were inspired by Animorphs, the beloved pre-teen literary series on humans transforming into animals, and even included a few upcycled garments in partnership with The RealReal.

The video, which you can view below, also featured a stellar cast, including playwright Jeremy O. Harris, Aaron Philip, Ruby Aldridge, and twin-models-on-the-rise Mannat and Sirat Kaur. Plus, the soundtrack of "Collina-mals" was set to Angel Emoji covering Lit's "My Own Worst Enemy," along with animal sound effects embedded in the music.

The angsty pop-punk anthem was just one of the songs Taymour had on repeat while she was designing the new collection. Ahead, she shares her favorite tracks behind Collina Strada and the Fall 2021 collection.

"This is the first track Angel made for us for our Spring 2021 show. The hook is too catchy, it still haunts my dreams every night."

"We played a lot of Vengaboys and similar '90s/2000s euro-dance tracks at our last pre-COVID Fall 2020 show last February. This one reminds me of the energy we had on the grass runway, where models rode each other like horses and life was simpler."

"Mind Your Own Business" - Delta 5

"This track has been a recent bop because it's good advice. Especially in COVID, we all need to distance and mind our own business."

"A great little fruit-themed track to spiral to."

"LFO's ode to girls that wear Abercrombie & Fitch from 1999. I was one of those girls, and I feel seen by this one."

"Angel's project with their sibling Lulu — a catchy and slightly insane track about being the protagonist of your own life."

"This is the anthem!! But actually, this track always gets the energy up in the studio most days. We all need a little angst here and there."

"This track reminds me that it's OK to be a little messy."

"The soundtrack to our latest Fall 2021 show!! Angel Emoji covered the pop-punk anthem 'My Own Worst Enemy' and remade the guitar riff with dog barks, cat meows, and frog ribbits, which matched the Animorphs inspiration we centered the video around. If you could be an animal, what do you think you'd be?"