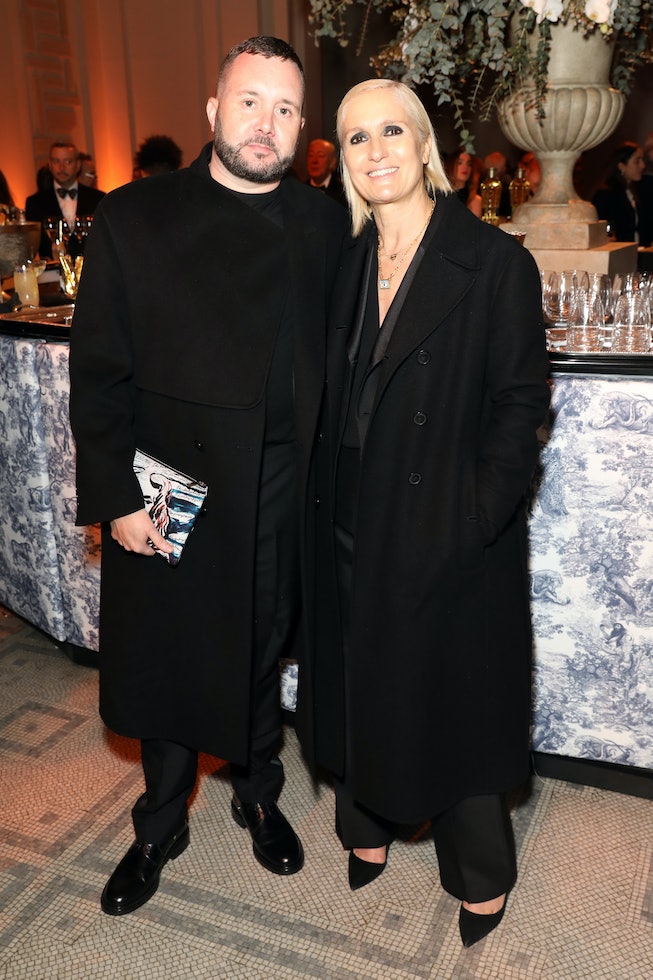 Have you ever wondered what Maria Grazia Chiuri and Kim Jones are listening to on repeat? Dior assumed the answer was yes and had the two creative directors curate their own Spotify playlists.

Music has been an important component for Dior's fashion shows, with the two designers leading the charge on what has become the soundtrack for their collections. Jones' playlist includes songs by Orville Peck, James Blake, Travis Scott, Deee-Lite, and Daft Punk, while Björk, Moby, Kate Bush, and Amy Winehouse are featured on Chiuri's.

Dior isn't the first fashion brand to release its own curated playlists for its fans. During the summer, Fenty teamed up with Apple Music on a series of playlists created by its friends and collaborators, including designer Jahleel Weaver, model Imaan Hammam, and Steve Lacy. Balenciaga's Demna Gvasalia kicked off its Apple Music partnership with a 100-song-long playlist, while Mary-Kate and Ashley Olsen have been regularly dropping monthly playlists on Spotify for their brand The Row.

Dior's Cruise 2021 show this past summer showcased the importance of music to Chiuri, featuring a live orchestra playing Puglian music, as well as dancers who performed around the models.

"When you are desperate, you need to think that something magical can happen in your life. That touched me. When I began working on [the collection], I had no idea what would happen to us, but now, to have this idea of magic that can help — it offers strong energy in a negative moment," she told Vogue. "What's very strange, also, is that when I arrived at Le Costantine Foundation [a Puglian textiles studio and agricultural centre], I realized that their motto is 'Amando e cantando' [loving and singing]. That's the mood I want for this show. Something really positive. A show where people enjoy life, with music and movement."

Check out Chiuri and Jones' playlists on Spotify, below.