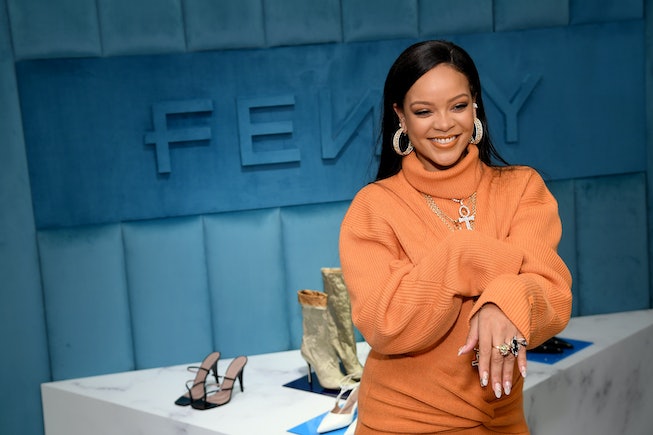 This might be the closest we get to new music from Rihanna this year. Fenty has released a series of curated playlists exclusively on Apple Music, as part of the streaming platform's series of summer playlists.

Sadly, Rihanna hasn't dropped any new tracks just yet, but she enlisted the luxury brand's closest friends and collaborators to showcase their favorite songs and music genres. Some the curators include Fenty's Deputy Creative Director Jahleel Weaver (whose list boasts Kaytranada, Thundercat, Stevie Wonder), model Imaan Hammam (Afrobeat, hip-hop, and dancehall), and musical artist Steve Lacy (Blood Orange, Solange, Frank Ocean, and a few of his own hits). We're hoping that a playlist curated by Rihanna herself is in the works, too, but she is a busy woman so we have no choice but to forgive this transgression.

If new playlists aren't enough Fenty for you this summer, the brand is also in the middle of its latest drops inspired by youth culture and its "irrepressible creativity, hope, and spirit." Drops one and two of the new collection are already available to shop with the third one to come in July. Or if you're in the market for new beauty products, Rihanna's Fenty Beauty also released a new Slip Shine Sheer Shiny Lipstick, which she even graciously showcased with a makeup tutorial.

While Rihanna is still holding out on new music to a deprived world, she is at least trying her best to give us plenty of everything else, and that includes music from other artists to listen to while trying to cop new Fenty. Check out Fenty's playlists on Apple Music or listen to them, below.