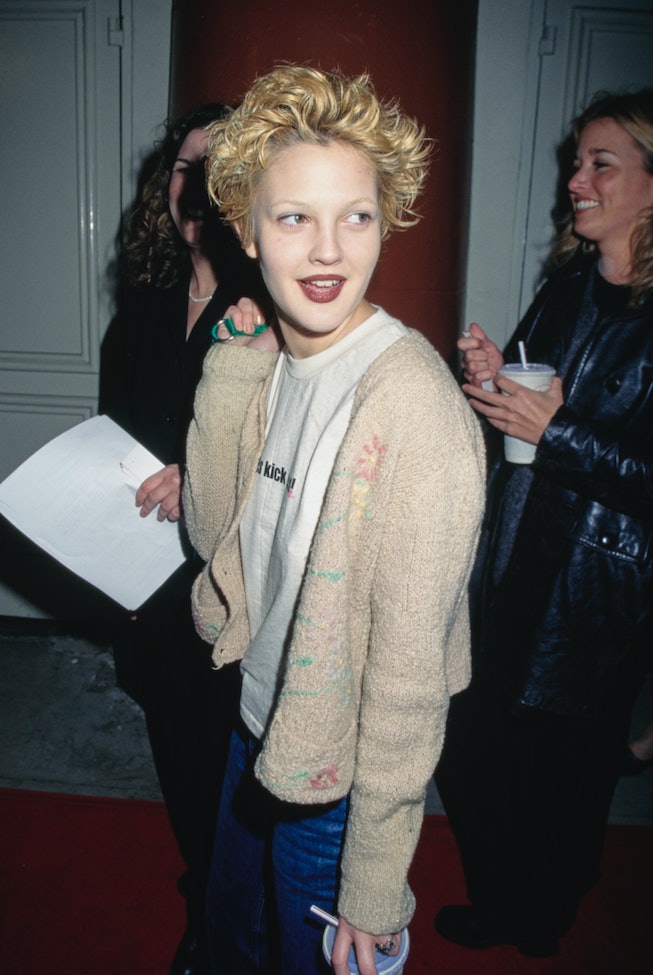 What started as local street style for musicians on the West Coast soon found its way onto the catwalk. Allow us to (re)introduce “grunge,” the latest look to make its comeback on our trend radar for fall.

Known for its slouchy and almost-thoughtless appeal, grunge fashion didn’t become mainstream until the birth of the Seattle sound, which combined heavy metal, punk, and rock ‘n’ roll in the 1980s. During this time, the musical subculture thrived and many bands like The Melvins, Green River, and Soundgarden — to name a few — defined the music scene. We also can’t forget the rise of Nirvana and its lead singer Kurt Cobain, who became the poster boy for the music (and fashion) movement.

By the ‘90s, the emblematic style became a global hit and soon enough, it caught the attention of a few emerging designers at the time. The grunge-inspired layered look was seen on the catwalk at Calvin Klein, dressing then 18-year-old model Kate Moss, while designer Anna Sui made funky prints and baggy ‘fits a runway staple at New York Fashion Week. In 1993, Marc Jacobs held a grunge-themed collection during his time at Perry Ellis, and carried the rebellious aesthetic eventually into his own brand, especially his Gen Z-focused line Heaven.

Since its inception, the grunge aesthetic has become known for its effortlessly uncoordinated look and designers are bringing back the edgy style on the runway more than 30 years later. On the Fall 2022 runways, grunge staples were seen everywhere, including shredded and faded denim, flannel button-downs, worn-out music T-shirts, and knitted plaid items. These pieces were often paired with black combat boots (with Dr. Martens being a fan favorite), along with accessories like choker necklaces, knit beanies, grommet belts, and chunky sunglasses.

As we gear up for fall, you might be looking for some #inspo for your wardrobe. Ahead, check out our top fashion items to channel the ‘90s grunge trend, including shredded mini skirts, chain necklaces, and more, ahead.

Killstar is our go-to site for all things punk and grunge. The brand’s distressed Ash sweater is an industry favorite, as it’s offered in a range of colorways and has the coziest oversized fit. Pair with leggings, a choker necklace, and chunky boots to complete your look.

Update your shoe game with Vagabond’s ankle loafers. These low-cut, retro-inspired booties are available in a brown suede style and have chunky platform block heels. Did we mention they’re square-toed, too?

In case you’re not a skilled DIY’er like myself, you can still rock the bleached tee look by opting for Urban Outfitters’ Slashed Butterfly top. It has a lightweight, drapey fit and slashed cutouts around the neckline.

We’re shredding everything besides denim jeans, like this distressed mini skirt by SER.O.YA.

You can never go wrong with a brown bejeweled tank top.

Add to your Dr. Martens collection with these leather oxford steppers from its recent collaboration with Pleasures.

Grunge fan Marc Jacobs has officially brought back its classic Classic Q bag collection for its 15th anniversary, including the Lil Ukita handbag straight from the archive and for a limited time only.

Club Vintage has a curated selection of coveted secondhand goodies and if you’re looking for loose-fitted silhouettes this fall, you may want to get your hands on this black knit cardigan before it’s gone.

Platform motorcycle boots are a must-have closet staple and luckily, you can purchase them secondhand on Depop.

Step up your beanie game with Minga’s knitted hat. The coveted style comes in rainbow stripes and has pom-pom ties at the sides.

With artwork made by Elliot Shields, Heaven’s gem-studded chain is bound to be your official “going-out” necklace and even pairs well for everyday wear.

Neutral hues aren’t the only colorways to wear for the rising grunge trend. UNIF offers a slew of coveted styles that have pops of color to them, like this printed floral dress.

In case you no longer own your go-to grommet belt from back in the day, you can now shop for a budget-friendly alternative from Dickies.

Baggy pants have always been a grunge closet staple. Right now, we’ve got our eyes set on these burgundy parachute cargo pants from Jaded LDN.

This plaid crochet bag from Soraya Hennessy is handmade in Venezuela and is available in a coffee-inspired pattern.

Chunky sunglasses are still at the top of our trend radar this year and to channel your inner ‘90s grunge, you’ll want to cop these blue-tinted shades by Raie Eyewear.

A studded black vest will always be a timeless essential when it comes to the #grunge aesthetic.

Elevate your earscape game with Astrid & Miyu’s Twilight Chain Huggies made from recycled sterling silver, which you can stack with your favorite earrings for the ultimate badass effect.

Los Angeles Apparel’s knitted popcorn legwarmers will give you the slouchy look and keep you warm this fall.

You’ll definitely need to cop at least one pair of ripped black jeans.