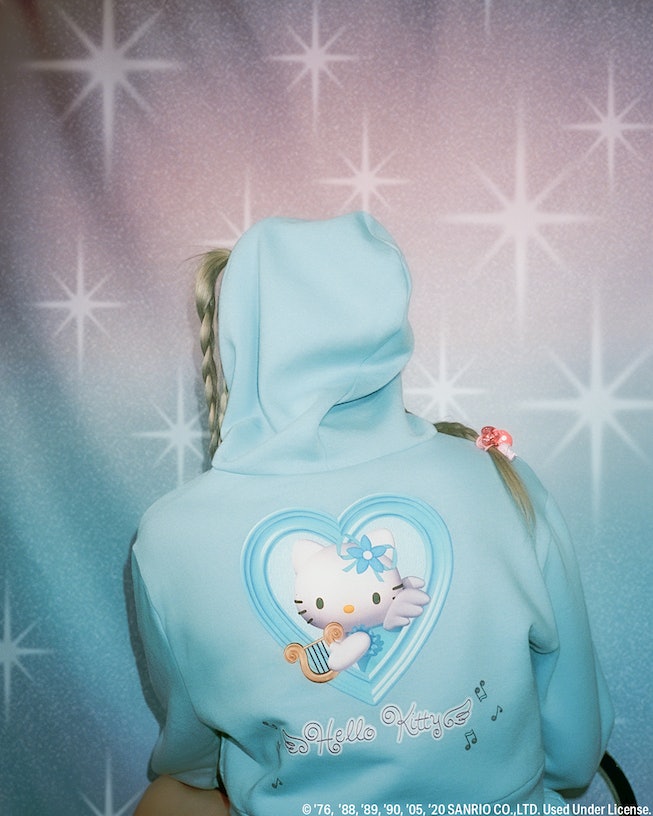 Unlike most of the world, Hello Kitty has been having a solid 2020. The beloved animated character has a new limited-edition collab with pop culture brand Dumbgood in honor of Sanrio's 60th anniversary.

The collection marks the first time Dumbgood has released women's women’s cut and sew pieces, such as a cropped sweatshirt skirt set. Other items from the drop include unisex items, like hoodies, T-shirts, and sweaters, all emblazoned with Sanrio's iconic characters, including Keroppi, Pochacco, Little Twin Stars, and more.

"Just in time to celebrate Sanrio's 60th Anniversary and the holiday season, we are excited to bring Dumbgood's unique perspective on pop culture to this limited-edition collection," said Susan Tran, Director of Brand Marketing at Sanrio, Inc., in an official statement. "The assortment offers stylish pieces with a nod to nostalgia that is sure to surprise and delight fans of both brands."

The Dumbgood collaboration is just one of many for Sanrio's anniversary this year. The brand has previously released collections with Stoney Clover Lane on a line of travel accessories and Levi's on a collection of denim and other apparel.

The Sanrio x Dumbgood collection drops Thursday, Nov. 19, at 4 p.m. EST on Dumbgood's website. Prices range from $12 to $98. Check out photos from the campaign, below.