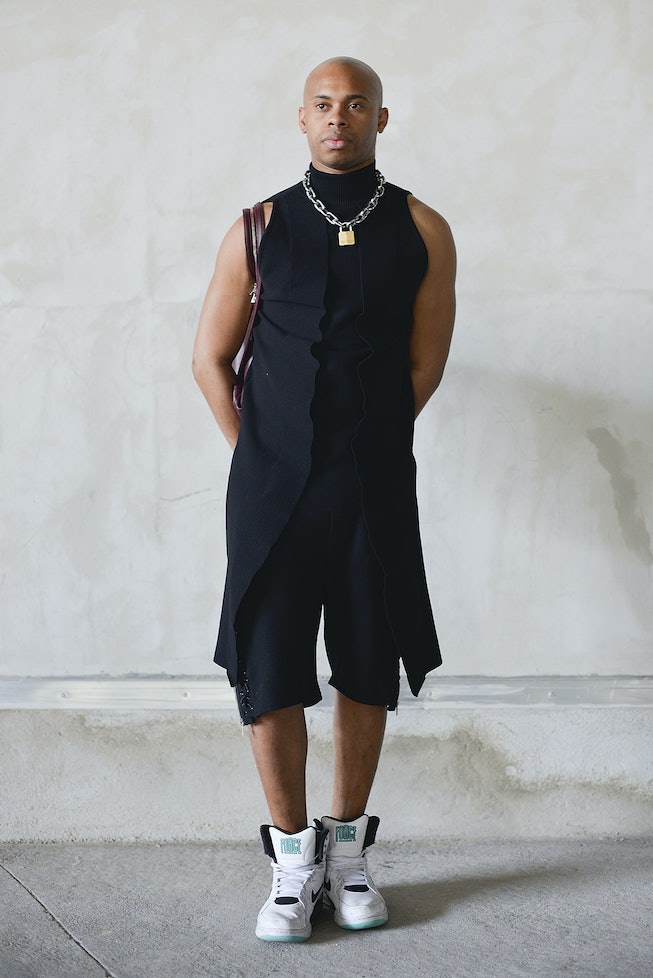 When Hood By Air announced its return after a three-year hiatus last July, the details were sparse. It's a new year now, and HBA co-founder Shayne Oliver is revealing more of his comeback plans, timed to the release of its newest campaign starring Naomi Campbell.

"This is us announcing that we’re going to have a show and this is our practice ground for moving back into ready-to-wear and having performative shows," Oliver told The New York Times' Vanessa Friedman. "The idea is in June. We broke it down into these acts: the wardrobe, which is ready-to-wear contemporary pricing; the street wear, which is semi-affordable but a little bit elevated; and then the merchandise. The merchandise is more like a fan-orientated collection where even if you’re just into the beauty of the show, you can take away an asset from it, as if the brand was a band."

After announcing Hood By Air's hiatus, Oliver took only a small step back from fashion, doing stints as a guest designer at Helmut Lang and Diesel. Despite the lack of new HBA collections, the brand still made appearances in the pop culture zeitgeist, even in places as unexpected as Netflix's Emily in Paris. In 2020, Hood By Air also launched Anonymous Club, a creative branch behind the label's visuals and creative content.

"She is such a mother figure to [so many people in fashion] and has always been so outspoken about Black people in fashion, Black identity, and Black creativity," Oliver said of Campbell in an interview with Vogue. (In 2016, the supermodel sat front row at the Hood By Air's runway show during New York Fashion Week.) "It just made the most sense to begin the conversation there."

The return of Hood By Air is an intentional one, over three years in the making. Each step in the brand's relaunch is thoughtfully calculated by Oliver, meaning this is all just the tip of the HBA comeback iceberg.

"I don't want to say too much," he told Vogue. "There's more to come, but for sure this was a really pure place to start. We're going to take people on a journey through this prologue."

See more of Campbell for Hood By Air's comeback, below.