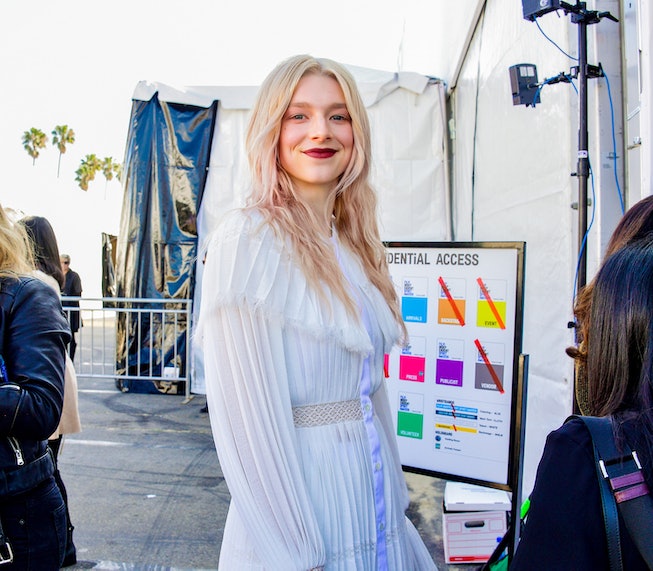 As the world grows increasingly impatient for season two of Euphoria, Hunter Schafer is keeping it booked and busy. The actor and model is the new face of Prada’s campaign for its Galleria handbag, starring in photos and a (very) short film shot by Xavier Dolan, which debuted on Monday.

In between filming for the HBO series, Schafer has been filling her spare time with a range of fashion projects ranging from shooting cover stories to walking alongside Bella Hadid in a Mugler fashion show. She also linked up with Prada before, too, joining Miuccia Prada and Raf Simons for their post-show conversation after presenting the luxury brand’s Fall 2021 collection. It’s all a natural fit for the actor, who had originally planned on studying fashion design at London’s Central Saint Martin’s before landing the role on Euphoria.

“I deferred for a year when I graduated high school so that I could go model and make some money and immerse myself in the fashion industry for a year,” she told Vogue in 2019. “I needed a break from school. But I was set to go there until this role came up and turned my whole life upside down. I don’t think I even told them I wasn’t coming.”

If rewatching season one of Euphoria no longer hits the same, check out Schafer in the new Prada campaign, below.