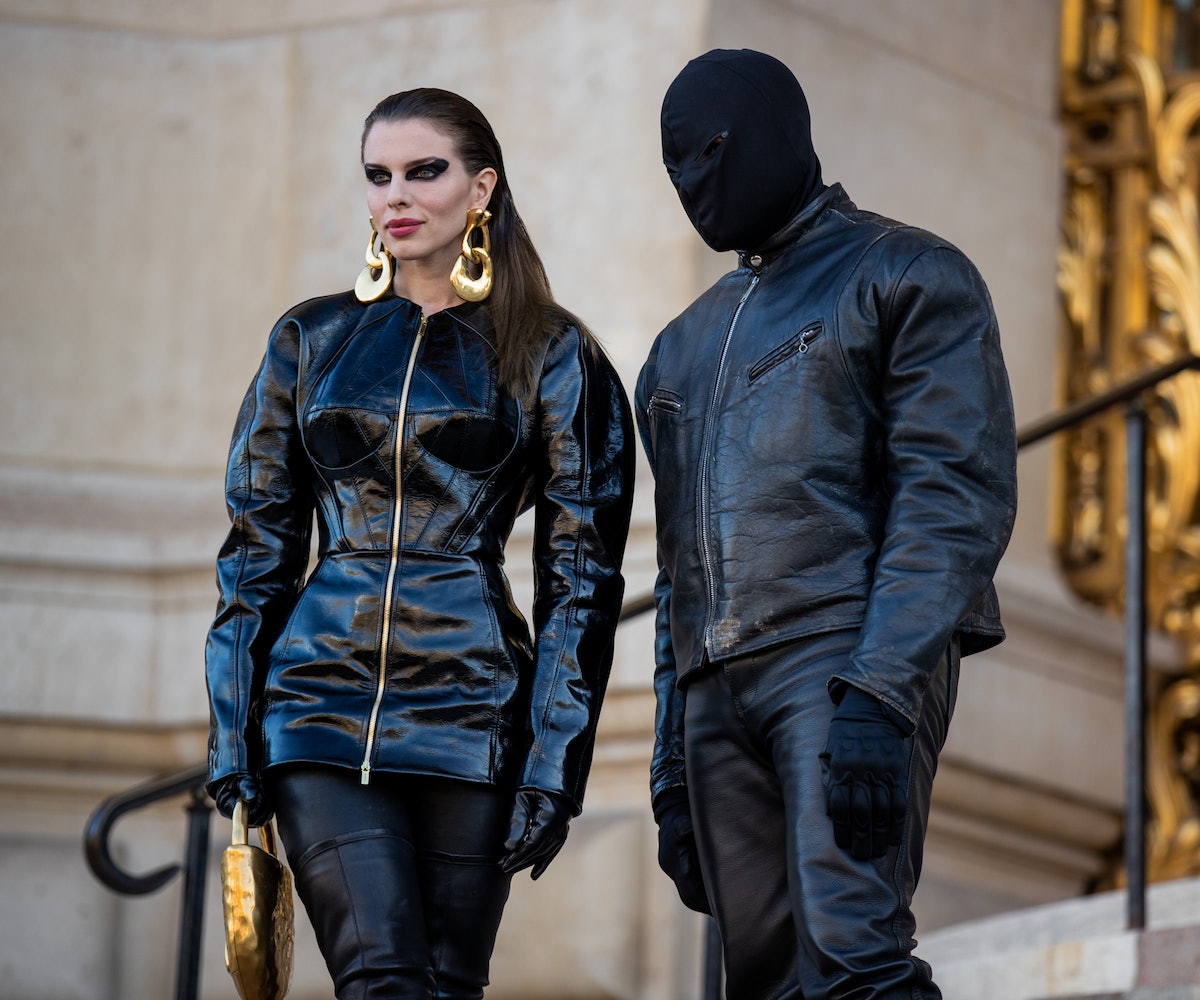 In the celebrity world, there seems to be an unspoken fashion rule that couples should solidify their new relationship status by coordinating outfits. The latest case in point: Julia Fox and Kanye West in Paris. Or, “Juliye” in Paris — recently coined by Fox herself on Instagram Stories.

The two have been together since New Year’s Eve, which started as a meet-cute in Miami and turned into a Cindarella-like story of Carbone dinners, photo shoots, hotel rooms filled with designer clothes, and that one time they hung out with Madonna. (Fox will reportedly play the pop star icon’s best friend Debi Mazar in an upcoming biopic.)

As with most of Ye’s past relationships, his significant other takes on the role of fashion muse, and Fox is seamlessly playing (and dressing) the part. Her downtown New York aesthetic has instantly transformed into full-on high fashion, and what better place to show off your boo’s new look than in Paris?

Since Sunday, Jan. 23, Fox and Ye (Foxye?) have been making the rounds in in the French fashion capital (in matching outfits, of course), from sitting front row at Nigo’s anticipated debut at Kenzo, where the Japanese streetwear legend now serves as creative director, to partying with Rick Owens during Men’s Fashion Week. Most recently, the two made an appearance at the Schiaparelli haute couture runway show, and with Couture Week officially kicking off in Paris, who knows where Juliye will show up next?

NEXT UP
Fashion
Apple Martin Is A Chanel Girl Now
Fashion
The Best Celebrity Fit Pics From Paris Men’s Fashion Week
Fashion
The Wildest Front-Row Looks From Couture Week In Paris
Fashion
Rosettes Are 2023’s Biggest Trend — Here’s How Celebs Wore Them in the 2000s
Style + Culture, delivered straight to your inbox.