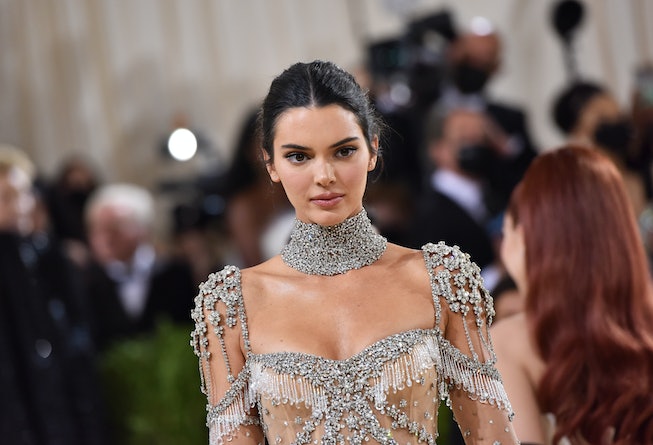 Fresh off the Met Gala red carpet, Kendall Jenner appeared on The Tonight Show Starring Jimmy Fallon on Tuesday, Sept. 14. In the segment, the supermodel discussed a range of topics, like her new role as creative director of FWRD, her Gen-Z Tequila brand 818, and a very hot topic: Crocs.

In the interview clip, below, Fallon referenced InStyle’s article from August about Jenner’s off-duty ‘fit, which featured oversized sweats and a pair of the “controversial” Crocs in a RealTree camo print. A beige mask from her sister’s Skims line also made a cameo.

Jenner recounted that she fell in love with the “ugly” shoe after seeing a fashion inspiration page on Instagram and thought they were “just too cute,” so she went out of her to purchase those exact same pair. Dare we say the influencer was influenced by Instagram? Stars, they’re just like us!

Crocs, one of the most polarizing shoe brands on the market, has experienced quite the comeback as fashion’s biggest accessory. The demand for its beloved clogs has skyrocketed, especially within the last couple of years, as consumers, specifically healthcare workers and those working from home, switched to more relaxed and comfortable wardrobes due to the global pandemic.

Plus, Crocs’ recent slew of designer and celebrity collaborations, from Justin Bieber to Bad Bunny and Balenciaga, have ultimately given the brand a major cool factor. As a result, BoF recently reported that Crocs expects to double its already-booming sales within the next five years: “Shares of Crocs Inc. soared to a record high after the footwear retailer said it expects its revenue to climb to more than $5 billion by 2026.”

Priced at under $55, you can shop the Kendall Jenner-approved camo-printed Crocs on Amazon, below.

Classic Realtree Clog
NEXT UP
Fashion
Jenna Ortega Is The Face Of Adidas’ Newest Line
Fashion
Apple Martin Is A Chanel Girl Now
Fashion
The Wildest Front-Row Looks From Couture Week In Paris
Fashion
Collina Strada & Vans Team Up For A Chiller-Friendly Collection
Style + Culture, delivered straight to your inbox.