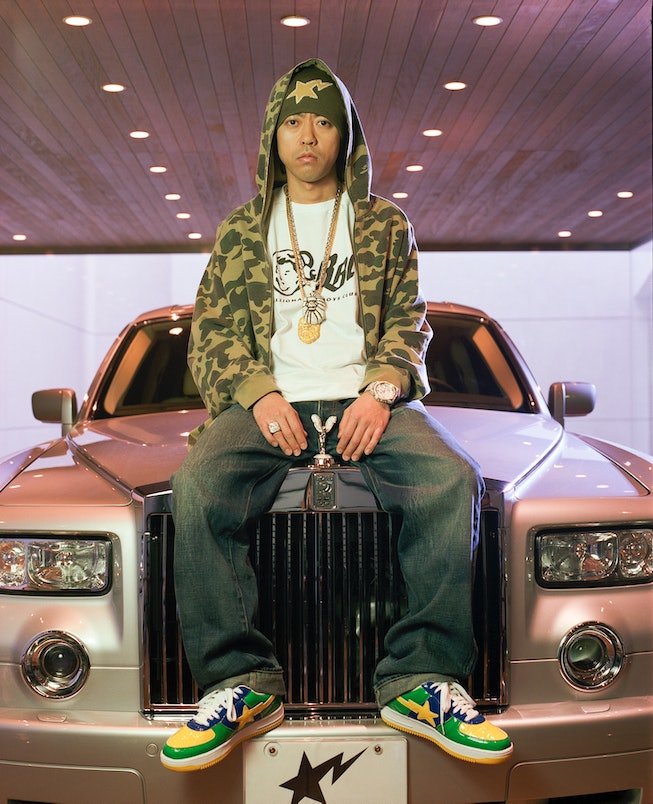 Nigo will be the first Japanese director to take on the role since the late Kenzo Takada’s departure from the brand back in 1999. Takada passed away in October 2020 due to COVID-19. Nigo succeeds Felipe Oliveria Baptista, who left his post at Lacoste and then parted from Kenzo after just two years. Before Baptista, Opening Ceremony’s Humberto Leon and Carol Lim oversaw Kenzo for eight years, revamping the French fashion house’s aesthetic back into relevancy within the industry.

“I have been appointed the new Creative Director of Kenzo. I was born in the year that Takada Kenzo san opened his first store in Paris. We both graduated from the same fashion school in Tokyo. In 1993, the year that Kenzo joined the LVMH Group, I started my career in fashion. Kenzo san's approach to creating originality was through his understanding of many different cultures. It is also the essence of my own philosophy of creativity. Inheriting the spirit of Kenzo san's craftsmanship to create a new Kenzo is the greatest challenge of my 30-year career, but, together with the team, I intend to devote myself to it. Finally, I would like to thank Bernard Arnault and Sidney Toledano for giving me this wonderful opportunity.”

Nigo, born Tomoaki Nagao, pioneered streetwear culture since launching his Tokyo-based label A Bathing Ape in 1993. Since selling his business to the company to I.T in 2011 and then eventually leaving the brand in 2014, Nigo still continued to bring innovative and fresh ideas to the fashion scene. Over the course of his 30-year-career, he founded the popular clothing labels Billionaire Boys Club and Ice Cream alongside Williams, and has collaborated with brands and major figures, like Adidas, Coca-Cola, MAC Cosmetics, Kanye West, and Kaws. Most recently, he teamed up with Virgil Abloh for Louis Vuitton men’s on a now-sold-out capsule collection.

“I am very happy to welcome Nigo as the Artistic Director of the Maison Kenzo,” said Sidney Toledano, the Chairman and CEO of the LVMH, in an official statement. “The arrival of an extremely talented Japanese designer will allow us to write a new page in the history of the House that Takada Kenzo founded. I am convinced that the creativity and innovation of Nigo, as well as his attachment to the history of the House, will fully express all the potential of Kenzo.”

Nigo is set to unveil his first womenswear and menswear collection with Kenzo at Paris Fashion Week Men’s in January 2022.