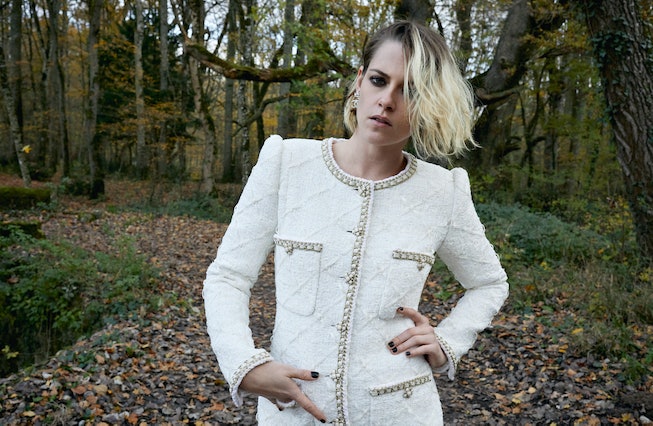 Stewart was notably the only guest at the luxury brand’s show in December 2020, and her solo appearance instantly went viral online, along with rumors of fronting the campaign shot by Teller, his first for the house.

"I was learning about who's lived here and who's loved this place, and it's shifted hands primarily between women," Stewart told WWD back in December. "And I was just telling Virginie, it felt like the story was folding in on itself. The women who lived here before were really into art, and promoted a lot of creativity, and loved to be inspired and inspire other people to come create, and I was imagining who our characters were while watching the show. I'm always proud of her, but it felt very personal this time."

While the collection could have easily tapped Emily of In Paris fame to model the collection, Stewart’s long history with the brand makes her a more obvious choice. Check out photos of the new campaign, below.