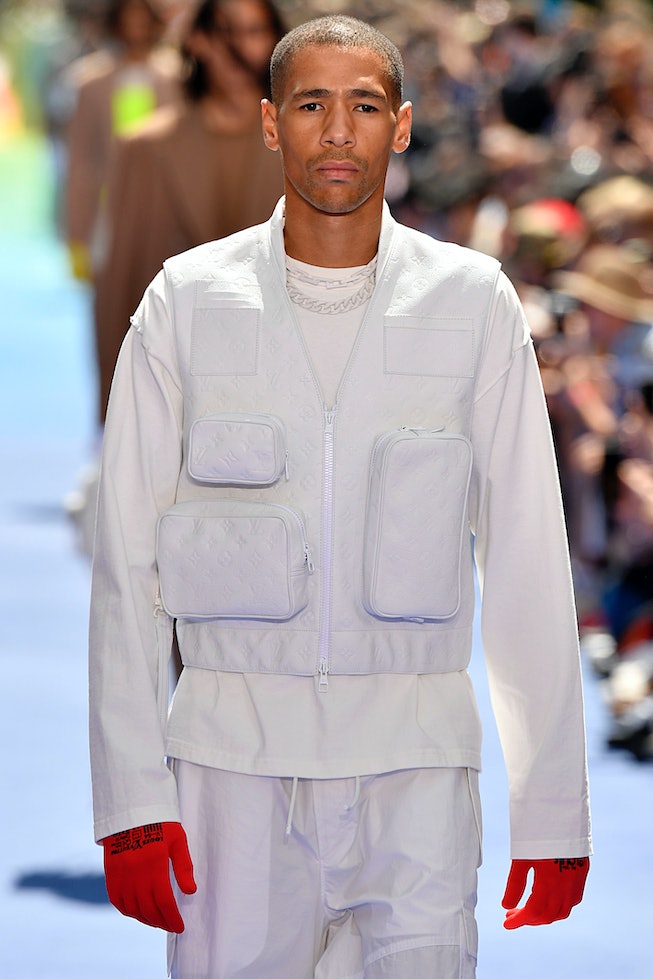 For the first time ever in the luxury label's history, Louis Vuitton is launching a skate shoe with the help of pro skateboarder Lucien Clarke. Designer Virgil Abloh made the announcement earlier this week on Instagram with a photo of him and Clarke and the new shoe writing, "Just signed Jamaica's own @lucienclarke to Louis Vuitton as the first skater deal of this type. gave him free reign [sic] to design his pro model. been filming clips for a year now. first official advert is in the @thrashermag that’s shipping in a second…"

Clarke's relationship with Abloh and Louis Vuitton goes back a few years. He's previously modeled in the Louis Vuitton Spring 2019 runway show back in 2018 in Paris and has posted videos of himself skating while wearing custom pieces from the designer.

Clarke shared his own enthusiasm for the new collaboration on Instagram, as well: "WHERE DO I START? I DESIGNED MY FIRST PRO SHOE FOR LOUIS VUITTON AND SHOT A SKATE ADVERT FOR THRASHER NBD," he wrote. "THIS IS ONLY THE BEGINNING...MAJOR SHOUT OUT TO VIRGIL FOR FLIPPING THE MF SWITCH!"

Skateboarding has been a longtime obsession and source of inspiration for the fashion world, and the French fashion house isn't the first major brand to get on board with the sport, no pun intended. In July, Alexander Wang released his latest campaign with skater and pro snowboarder Danyale Patterson landing tricks in a pair of his namesake brand's newly launched heels.