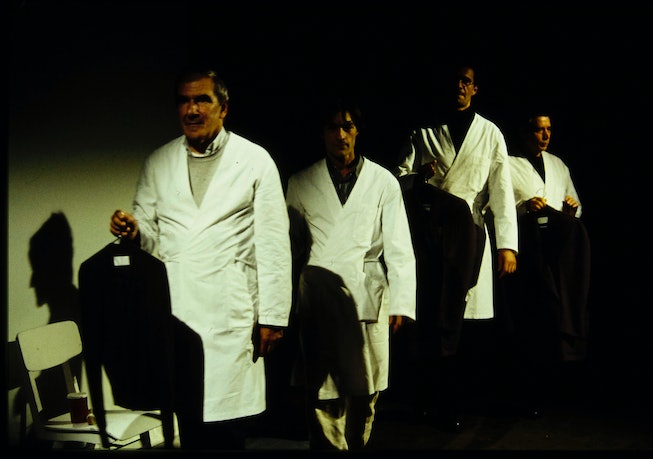 Martin Margiela is staging a comeback of sorts. The lauded, albeit elusive, designer will be showing his first art exhibition, titled Martin Margiela, at Paris‘ Lafayette Anticipations beginning in April 2021.

“This exhibition celebrates the idea that Martin Margiela has always been an artist, whose work has played out since, within and outside the art world,” a spokesperson for Lafayette Anticipations said in an official statement. “[He] has always made us look at things with fresh eyes. Going against the grain, he cultivates an obsession for discreet people, abandoned objects and forgotten places and events, bestowing on them a new dignity.”

The exhibition will feature sculptures, photographs, and installations by the designer, which have never been shown to the public.

Margiela has maintained his status as a legendary fashion designer over the past four decades, despite maintaining a fierce private life. During his time at Margiela, he rarely gave interviews to the press and avoided being photographed. In 2020, however, he pulled back the curtain for a documentary about his life, providing full access to himself and his work to filmmaker Reiner Holzemer.

“It was a big risk for him, by talking and by showing things in a movie. But especially the talking was a big risk for him because in his career, he always refused to explain what he was doing,” Holzemer told NYLON. “He hardly gave any words to the press. His philosophy is: Look at my work, and then you'll understand that is what I have to say.”

Martin Margiela will be showing at Lafayette Anticipations in Paris from April 25 to July 25, 2021.