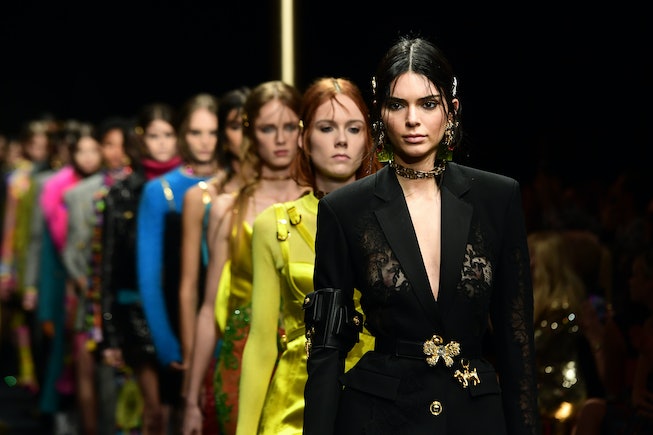 Fashion month in Europe this September is set to look as normal as possible. The Camera Nazionale della Moda Italiana, which is responsible for Milan Fashion Week, has announced that it will go ahead with physical shows from September 22 to 28 for the the Spring 2021 season.

“[Digital fashion week] is designed to support, rather than replace, the physical fashion calendar, which will resume in September and will remain vital in promoting Made in Italy and the value of its manufacturing prowess," CNMI president Carolo Capasa said in a statement on Monday while announcing the digital men's shows that will take place in July.

Milan's announcement comes less than a week after The Fédération de la Haute Couture et de la Mode said it will be holding physical runway shows for Spring 2021 in Paris. Burberry also said that it will be holding a live outdoor show with no audience this September in London.

Beginning July 1, Americans will not be allowed to travel to Europe. Depending on how long that ban stays in place, and how long America's coronavirus cases continue to rise, it's possible that U.S. editors, influencers, and celebrities will not be able to attend the European shows come September. Currently, there's been no announcement about the state of the upcoming New York Fashion Week, which is the first event to kick off fashion month, and some designers have already said they won't be showing in accordance to the usual calendar. Time will tell how smoothly things will go this September.