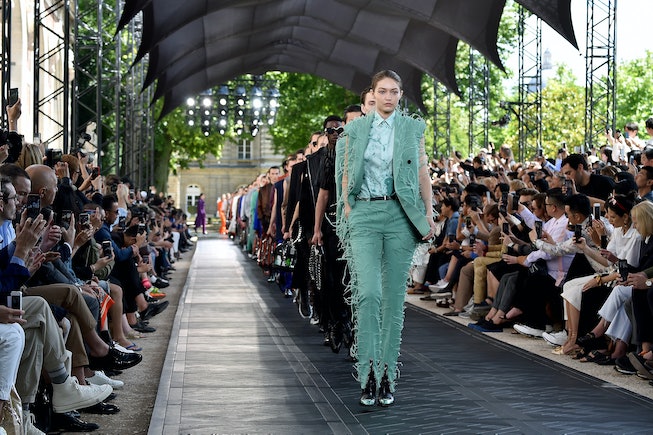 The fashion calendar will continue to look a little different than normal this summer. Camera Nazionale della Moda Italiana, which organizes Milan Fashion Week, announced on Wednesday that it will be hosting the first Milan Digital Fashion Week from July 14 to 17 for Spring 2021 men's collections, as well as women's and men's pre-collections for next spring. Shortly after this announcement, the Fédération de la Haute Couture et de la Mode also said that Paris shows from July 9 to 13 will also be online, dedicated to film and video formats.

COVID-19 has caused the fashion industry to reframe its usual fashion weeks for the coming months. In April, the British Fashion Council announced that London Fashion Week in June would be taking place online. The new digital format will allow brands to showcase collections in whatever format they prefer, be it a virtual runway show, video, digital lookbook, or even podcast.

Brands have already found ways to showcase new work digitally and from home. Jacquemus has released celebrity-fronted campaigns shot via FaceTime, while Carine Roitfeld transformed her CR Runway show into an online event that premiered live on YouTube.

"We have given freedom to each brand to decide and this is a sign of the times. It's very difficult today to set a fixed strategy," said Camera's president Carlo Capasa in an official statement, adding that it's "important for us to convey the message that fashion has not stopped."