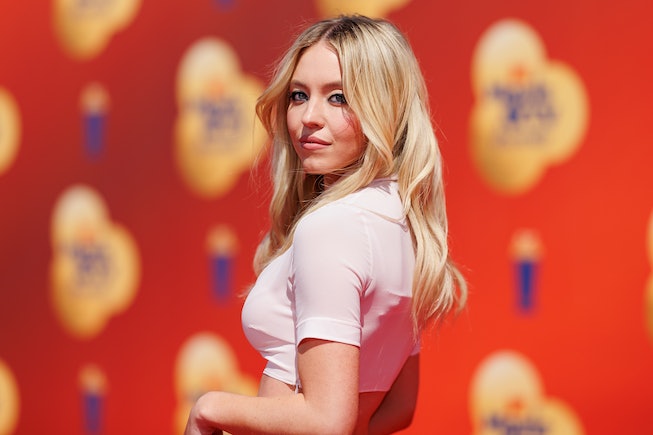 Sydney Sweeney continues her fashion reign this year by landing yet another gig with Miu Miu, joining alongside a slew of other beloved celebrities for the Italian brand’s Fall 2022 campaign, titled “Character Study.”

In the new campaign’s accompanying, portrait-inspired video, the star-studded cast stares straight into the lens while donning the brand’s newest offerings. Sweeney can be seen rocking an oversized blazer with the brand’s coveted micro-mini skirt and a large leather handbag. Emily Ratajkowski also joins her, making her campaign debut for the brand, and wearing a long trench paired with an itty bitty skirt and a maxi tote bag.

We also see King Richard star Demi Singleton, who played Serena Williams in the film, also her campaign debut for Miu Miu, too, dressed in a tenniscore-inspired look styled with black sunglasses and the brand’s mini purse. Other stars in “Character Study” include actor Emma Corrin, model Jade Rabarivelo, and more.

This isn’t the first time Sweeney has starred in a fashion campaign this year. Straight off the 2022 Met Gala red carpet back in May, Sweeney was seen in the luxury brand’s new Miu Wander handbag advertisement. A month later, the Euphoria actress was captured for Tory Burch’s “Show Me Your Millers” video, which paid homage to its cult-favorite 2000s Miller sandals. There’s no doubt we’ll see Sweeney in another fashion campaign in the coming months, but after seeing Ratajkowski and Singleton also joining alongside her, perhaps we’ll see the trio in even more works to come soon, too.