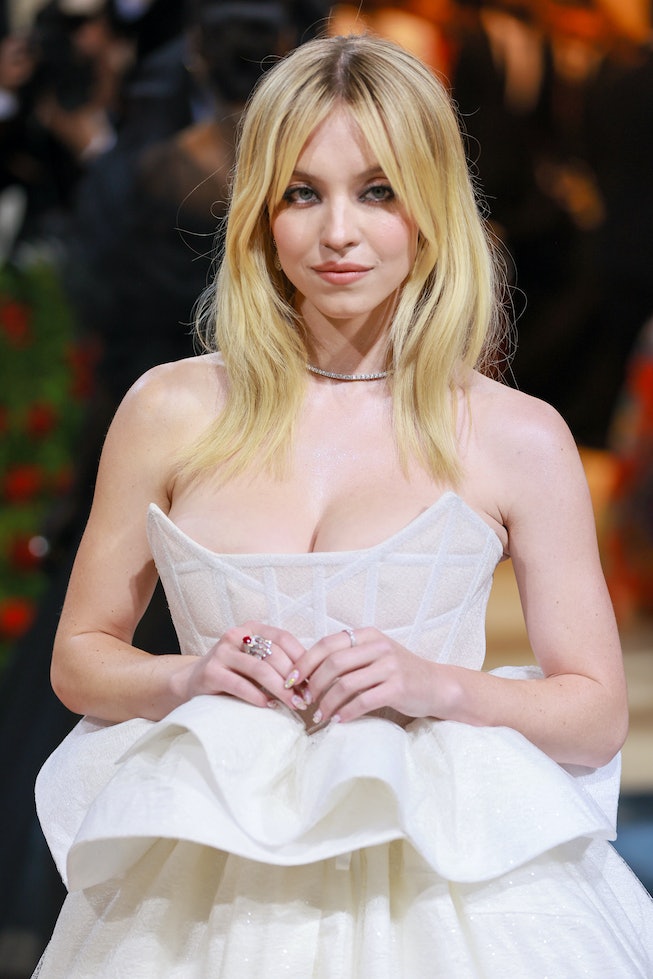 Fresh off her Met Gala red carpet debut, Sydney Sweeney is already on to her next major fashion moment. On Thursday, May 5, Miu Miu revealed its latest campaign starring the actor, featuring the luxury brand’s new Miu Wander handbag.

Photographed by Tyrone Lebon, the imagery is inspired by classic film stills, with Sweeney wearing multiple Miu Miu sets (styled by Lotta Volkova), barely there makeup, and sleek, straight hair with a side part. The campaign video also channeled a similar cinematic look with close-up shots of Sweeney and her outfits.

Though Sweeney’s Met Gala look was Tory Burch — she was recently named a brand ambassador for the label’s handbags and shoes — the actor was already a Miu Miu girl before her new campaign went live. In March, she wore the Prada sister label to the 2022 Vanity Fair Oscars Party

Sweeney and her fellow Euphoria stars have all become fashion darlings since the hit HBO Max show debuted in 2019. Not only have their characters’ wardrobes influenced multiple trends across the internet, but many of them have been spotted front row (or on the runway) at fashion week, as well as landed their own high-end brand deals and campaigns. With Sweeney landing yet another fashion gig, the rest of the very stylish cast could have even more in the works soon, too.